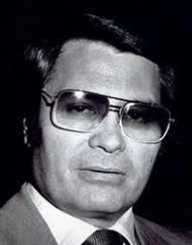 Jim Jones was an American cult leader responsible for the mass suicide known as the Jonestown Massacre.

James Warren Jones was born in the community of Crete, Indiana, on May 13, 1931. His parents were James and Lynetta Jones. Growing up, he had great difficulty making friends. Instead, he focused on reading the works of Marx, Stalin, Hitler, and Gandhi. He also had a profound interest in religion and death. Even though his father was a part of the Ku Klux Klan, he often sympathized with African Americans, because he was a social outcast himself.

Jim Jones graduated from Richmond High School, and he enrolled at Indiana University Bloomington. He later got a degree in secondary education from the night school at Butler University. In 1949, he married the nurse Marceline Baldwin.

In 1951, Jim Jones started participating in the meetings of the Communist Party in Indianapolis. He thought it would be a good idea to spread Marxist ideology by infiltrating the church. In 1955, he founded his church, which changed a few names before ending up as the Peoples Temple.

He started implementing his ideas of racial integration into his own life. He and his wife adopted many children from different ethnic backgrounds, including Korean, Native American, and African American. They called themselves the “rainbow family.” They had their only biological child, Stephan, in 1959.

In 1960, the mayor of Indianapolis placed Jim Jones as the director of the Human Rights Commission. After that, he spent plenty of time trying to racially integrate restaurants, hospitals, churches, and many other institutions.

He wrote letters to leaders in the American Nazi Party, and he published their responses to the media. He received plenty of backlash from some of the white locals in the area.

In 1961, Jim Jones moved to the city of Belo Horizonte, Brazil, together with his family. He did this because of a magazine article that stated this city would be safe in a nuclear war. Two years later, he left Belo Horizonte and moved to Rio de Janeiro.

A few months later, he had to move back to Indiana because the Peoples Temple started to fall apart. After that, he moved the group to Northern California, near the city of Ukiah.

During this time, Jim Jones started to turn against Christianity. He used religion to attract new members. After that, he tried to change their minds and convert them into socialists.

The Peoples Temple grew in the next few years, so he placed the headquarters in San Francisco, and he opened branches in San Fernando and Los Angeles. Unlike other cult leaders, Jones had connections to local and national politicians, meeting with them to discuss different problems.

Jim Jones started building the community Jonestown in the country of Guyana, South America. He promoted it as a socialist paradise. In 1977, New West magazine published an article saying that the members of the Peoples Temple were abused physically, emotionally, and sexually. Jones immediately moved the group to Jonestown.

Jim Jones is starting losing the support of his politician friends. Groups of people, including relatives of the members, became worried about the group. They reached out to the authorities for help.

In November 1978, Congressman Leo Ryan traveled to Jonestown with a team of reporters and a camera crew. Jones hosted a reception for the team, but after that, he sent a squad to kill them. Ryan and several others were murdered, while some survived.

On November 18, 909 members of Peoples Temple, including Jim Jones and most of his family, committed mass suicide. One-third of them were children.

They drank cyanide mixed in Kool-Aid. The FBI found tapes of the event. Jones told the members that fascist groups would come to torture them, so it would be better if they set themselves free. He convinced them that death was not scary, but liberating.

The Jonestown Massacre became one of the most famous mass suicide cases in history. Numerous documentaries, films, television shows, and books were published about it. The secrets of the organization and the way Jim Jones exploited his members are discussed to this day.