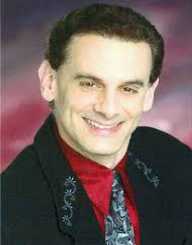 Fernando Bujones was an American dancer credited as one of the best in the 20th century as well as his generation.

Fernando Bujones married two women in the course of his life. His first marriage was to MárciaKubitschek in 1980. Kubitschek was the daughter of the former Brazilian president, JuscelinoKubitschek de Oliveira. Their union brought forth a daughter named Alejandra. He married for a second time to Maria Arnillas, also a dancer who was a native of Peru.

Born Miami, Florida on March 9, 1955, as Fernando Bujones Jr., he was the son of Mary Calleriro and Fernando Bujones Sr. Both of his parents were Cuban, and at the time of his birth, his mother happens to visit Florida. Shortly after he was born, they went back to Cuba, where he grew up. His parents separated when he was 5, and his mother enrolled him at a local dance school a year later when he was six years old.

He started receiving formal ballet classes under the tutelage of Alicia Alonso for a year and a half at the Cuban National Ballet. In 1964, Bujones, along with his mother, finally settled in Miami after moving back and forth between Havana and Miami.

A Principal Dancer in the Making

After settling in on Miami, Fernando Bujones managed to win a scholarship in 1967 to the official and prestigious New York City Ballet’s School of American Ballet. At the company, he learned from renowned ballet instructors such as André Eglevsky and Stanley Williams, while also being assisted by his cousin and personal coach, Zeida Cecilia Mendez.

Fernando Bujones made his debut performance in 1970 with the Eglevsky Ballet, and during 1972, he was also admitted at the American Ballet Theatre. A year later in 1973 he became a soloist successfully followed by being named as a principal dancer at the age of 19. This feat made him the youngest principal dancer in the history of the American Ballet Theatre.

His hard work and passion paid off when not only was he chosen as a representative but also bagged the Gold Medal at the International Ballet Competition held in Varna, Bulgaria in 1974. Aside from that, he was also awarded a special medal for attaining the highest technical achievement due to his performance.

A Clash of Power: Bujones and Baryshnikov

With achievement coming in one after the other in his life, Fernando Bujones was soon met with discourse. At the height of his activities, another renowned dance from the Soviet Union defected which shifted the world’s attention towards him. To make matters worse, Baryshnikov also joined the American Ballet Theatre, which heightened the tension between the two and overshadowing Bujones.

Bujones stayed at the ABT until 1985 then left the company after refusing to stand in as a substitute for Baryshnikov. As a result, he had more time on his hands and collaborated with other countries’ dance troupes as a guest artist for 33 countries amounting to 60 ballet troupes.

He only returned at ABT when Baryshnikov resigned in 1989, and worked for them as a permanent guest artist until 1995.

Besides being a renowned dancer, Fernando Bujones also served as an artistic director to several dance companies such as the Ballet Mississippi in 1993 until it folded and the Orlando Ballet. He also collaborated on an international level with other ballet troupes located in Spain, Mexico, and Brazil.

He was diagnosed with lung cancer before his death, but Bujones died on November 10, 2005, at the age of 50 from suffering complications of metastatic melanoma. Before his death, he managed to finish his autobiography entitled Fernando Bujones: An Autobiography which was published four years later in 2009 after his death by his cousin and private coach Zeida Mendez.