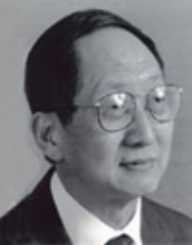 Daniel Chee Tsui was born on February 28th, 1939. He is an American originally born in China. He is a celebrated physicist mainly for his contribution to solid-state physics and semiconductors. Throughout his career, he has served as the Arthur LeGrand Doty Professor in the engineering field. This was a post that he held when he was at Princeton University. At Columbia University he also worked as an assistant research scientist in the physics department. In 1998, Tsui was bestowed with a Nobel Prize for his contributions in the unearthing of the fractional quantum Hall effect. This is an award that he shared with Robert Laughlin and Horst L. Störmer from Stanford and Columbia respectively.

Daniel Chee Tsui was born on February 28th, in 1939. His place of birth was in Fan village in Henan, China. Tsui was brought up in a humble family who mainly practiced farming as their income generating activity. At the time of his birth, China was going through a war period. Initially, he was taught more about Chinese classics in a village school.

In 1951, Daniel C. Tsui left his hometown and proceeded to Hong Kong. Here he resided in Kowloon where he took his classes at Pui Ching Middle School. Six years later, he graduated from the institution. Later, he got his admission to National Taiwan University situated in Taiwan. Shortly after, he earned his full scholarship to study at Augustana College in Illinois. He shifted in 1958 to pursue his career at the university where he earned his full scholarship. He graduated from the institution in 1961.

After some time, Daniel C. Tsui changed colleges and went on to study at the University of Chicago. Here, he continued to study his specialty subject which was physics. In 1967, he earned his physics Ph.D. The following year, he partnered with Bell Laboratories. Here he initiated the research into two-dimensional electrons.

Daniel C. Tsui physics career soon paid off after he was bestowed with a Nobel Prize in 1998 following the discovery of fractional quantum Hall effect. He shared this award with Horst L. Störmer and Robert B. Laughlin. Before this, in 1984, he had been awarded the Oliver E. Buckley Condensed Matter Prize.

Daniel C. Tsui tied the knot with Linda Varland. He had met her while he was undertaking his studies at Chicago University.