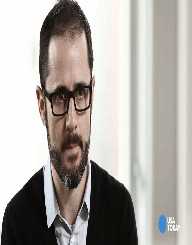 We always jump onto social media to have fun, make friends and do business. But have you ever thought of the brains behind these applications and sites? There have been several top rated programmers and software developers one of which is Evans Williams. Born on March 31, 1972, Evans Clark William is a computer programmer and internet entrepreneur from America. He was once the Chairman and CEO of Twitter and has helped found many internet companies. Williams has also co-founded platforms like Odeo, Medium and Obvious Corp. He is estimated to be worth over a $2.3 billion.

Evans Clark Williams was born to Monte Williams and Laurie Howe in Nebraska. He is the third child of his parents. Williams became interested in farming because he grew up on a farm and even helped with irrigation during summer. He had his tertiary education at the University of Nebraska-Lincoln but dropped out just a year and a half later. His enthusiasm for farming made him join Farm House Fraternity during his time at the university. Williams’s primary reason for leaving school was to pursue his entrepreneurial dreams. A dream he executed so well and has made listed him among the billionaires in the world.

Evan Williams’ non-completion of his university education was due to his edge to become an entrepreneur and be on his own. He started a career with his dad in selling educational materials on the World Wide Web (www) for a while. He later picked up jobs with some startups and technology firms but never stayed too long with any company because of his entrepreneurial drive.

Always looking for new opportunities and innovations, Williams in 1996 worked with a publishing company O’Reilly Media based in Sebastopol, California. Starting as a marketer, he grew to become computer code writer for the company. This also afforded him the opportunity to freelance for Intel and Hewlett-Packard. He then teamed up with one Meg Hourihan to found Pyra Labs, a firm which was into creating software in project management. He then came up with Blogger to aid publishers, but it was later acquired by Google in 2003. That year he was named among top 100 innovators under 35 by MIT Technology Review TR 100.

After the acquisition of Blogger by Google, he worked with the tech firm for a while but eventually left to seek other opportunities. He then co-founded the podcasting company Odeo in 2004. He also co-founded Obvious Corp with Biz Stones and others in 2006. As Odeo grew and became prominent in the podcast industry, it was acquired by Sonic Mountain. The two then spun out a social media and microblogging site, Twitter, off Obvious Corp. in 2007.

Evan Williams became a board member and investor during the start of Twitter. He eventually became rose to the CEO position in 2008. Twitter became very successful and in 2009 was ranked third most used social media network by complete.com. The popularity even grew higher when celebrities and top companies started to create accounts and allow fans to follow their daily activities. Williams in 2010 resigned as the CEO of Twitter and was succeeded by Dick Costolo. Williams with his unending entrepreneurial zeal created Medium, a publishing platform in 2012.

Evan Williams was named among the world’s innovators under 35 by MIT Technology Review TR 100 in 2003. He was named among PC Magazine’s People of the Year in 2004 alongside former colleagues Hourihan and Parul Bausch.

Evan Williams is married to Sara and has two children. He currently lives in San Francisco with his family. His worth is estimated at over 2.6 billion dollars acquired from his businesses.