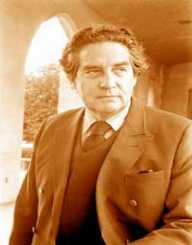 Octavio Paz was a Mexican poet, essayist, and diplomat, born on March 31, 1914. His writing skills gained at a very young day were showcased throughout his work. Octavio Paz gained several recognitions and was awarded diligently for that. He won the Miguel de Cervantes Prize, in 1981, Neustadt International Prize for Literature in 1982 and the ultimate Nobel Prize in Literature in 1990. He had developed enough interest and experience that at age 17, he published the poem Caballero and others.

Children get attracted to what they are exposed to during their childhood days. It is not for any other reason that Octavio Paz gained a passion for literature but because he was exposed to it early. Young Octavio was frequent at his grandfather’s library which was full of both Mexican and European literature. He was very particular with the works of Spanish writers like Gerardo Diego, Juan Ramon Jimenez and Antonio Machado which later influenced his line of writings. In collaboration with some friends, funds were raised for his first review, Barandal in 1932. Being passion driven and having an absolute love for writing, he followed his second work with Luna Silvestre (Wild Moon) in1933.

Four years on, Octavio Paz decided to abandon his law studies to pick up a job at a school in Merida set for peasant workers a situation which would later motivate him to write the poems Entre la piedra y la flor (Between the stones and the Flower). The poem which also picks motivation from T.S Eliot gave insight on how Mexican peasants were treated by domineering landlords. With his works, he gained recognition and had an invite to attend the Second International Writers Congress in Defense of Culture in Spain which he honourably accepted in 1937. After successful participation, he returned to Mexico and partnered others to co-found a literary journal, Taller (Workshop) in 1938 which he wrote for until 1941.

Octavio Paz moved to the United States to study at the University of California at Berkeley after receiving a Guggenheim fellowship. After his studies, he got into the Mexican diplomatic service which and his first assignment was to New York City. After working in New York for some time, he moved to Paris. It was there that he wrote El Laberinto de la Soledad (The Labyrinth of Solitude). His diplomatic work made him travel to several countries. He went to India in 1952 and was later sent to Tokyo as charge d’affaires.

Octavio Paz later went to Geneva, Switzerland all for diplomatic works. Though his job was demanding, he had time for his writing works. In 1957 his prolific writing was displayed in the poem Piedra de Sol (Sunstone) after his return from Geneva to Mexico in 1954. He later published Libertad bajopalabra (Liberty under Oath) which was a compilation of all his works. Under his diplomatic duties, he was sent back to Paris in 1959 and would later in 1962 become the Mexican ambassador to India. Whiles there, he published works like El mono gramático (The Monkey Grammarian) and Ladera este (Eastern Slope). In 1968 in protest and disdained towards the massacre of some student demonstrators by the Mexican government, Octavia resigned from his diplomatic duties.

After resigning from his post, Octavio Paz stayed in Paris for a while before returning to Mexico in 1969. A year later, he founded the magazine, Plural with collaboration with liberal Mexican and Latin American writers which he would write for from 1970 to 1976. He also got some teaching works. He was a Simon Bolivar Professor at the Cambridge University from 1969 to 1970. After ending his duties at Cambridge, he lectured at the Harvard University and held the Charles Elliot Norton professorship.

He was all this while doing his writing works and actually came out with the book Los Hijos limo (Children of the Mire) within that time. In 1975, his company, Plural was closed down by the Mexican government but never gave up so formed Vuelta where he served as editor. Octavio Paz good work never went unrecognized and was duly awarded. In 1977 he won the Jerusalem Prize for literature on the theme of individual freedom. Several other awards followed later.

Octavio Paz wrote on several topics like Mexican politics and economics, anthropology, Aztec art, love and eroticism, modern painting, nature, and sexuality. Most of his works have been translated into other languages.

Octavio Paz has always been against totalitarianism and particularly against the Soviet Union leader at the time, Joseph Stalin. He was also against communist regimes like that of Fidel Castro of Cuba. He had also expressed detest of violation of human rights throughout his writings.

He was also very critical of the Mexican government and former leader who ruled the country most of the 20th century. His political stance brought him much enmity from some sectors of the Latin American left. Octavio Paz stated emphatically that he was left, a democratic, liberal left but not the dogmatic and illiberal left.

Octavio Paz married writer Elena Garro in 1937 after meeting her in 1935. The couple had a daughter Helana Laura Paz Garro but later divorced in 1959. He married for the second time to Marie-Jose Tramini, a French woman and the couple stayed together until his death. Octavio died on April 19, 1998, at Mexico City. His favorite quote was “There can be no society without poetry, but society can never be realized as poetry, it is never poetic. Sometimes the two terms seek to break apart. They cannot.

He was also inducted as a Member of Colegio Nacional, 1967, has an Honorary Doctorate from National Autonomous University of Mexico, 1978, Honorary Doctorate, Harvard University, 1980, Grand Officer of the Order of Merit of the Italian Republic, 1991.