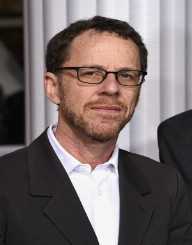 Born on September 21, 1957, Ethan Coen is an American filmmaker alongside his brother Joel David Coen. The two brothers are known as the Coen brothers. The Coen brothers work together and have made several award-winning films. Their famous works include The Big Lebowski, 1998, No Country for Old Men, 2007, A Serious Man, 2009, and Inside Llewyn Davis in 2013. Together, they have received 13 Academy Award nominations and one individually. The won the Best Original Screenplay for Forgo and Best Director, Best Picture and Best Adapted Screenplay for No Country for Old Men. Their 1991 film Barton Fink won the Palme d’Or.

Ethan Coen was born on September 21, 1957, in St Louis Park, Minnesota to Rena (née Neumann) and Edward Coen. His father was an economist at the University of Minnesota and his mother an art historian at St. Cloud University. He was born into a Jewish family. His brother is Joel Coen. The two brother were interested in filmmaking since childhood. With a Vivitar Super 8 camera bought by Joel from money he made from mowing lawns, the brothers remade movies they watch their friend Mark Zimering ("Zeimers") as the star.

Ethan Coen graduated from St. Louis Park High School in 1976. He then enrolled at Princeton University graduating with a degree in philosophy in 1979. His thesis was “Two Views of Wittgenstein’s Later Philosophy.”

After graduating from Princeton, Ethan Coen joined his brother Joel who was already working in the film industry. They became the Coen brothers. Their first commercial film as screenwriters and directors was Blood Simple, 1984 starring Frances McDormand. The film set the tone for their feature film direction. The film was critically acclaimed with Joel winning an Independent Spirit and Sundance Awards as a director. The following year, the brothers came out with Crimewave, 1985 written by the Coen brothers and directed by Sam Raimi.

In 1987, the brothers came out with Raising Arizona, which was about married couples played by Nicholas Cage and Holly Hunter, who were unable to conceive. The film also featured Randel Cobb, John Goodman, Frances McDormand, Sam McMurray, and William Forsythe. During the 199s, the Coen brothers released films including “Miller’s Crossing,” starring John Turturro, Albert Finney, and Gabriel Byrne, “Barton,” 1991, which earned an Oscar nomination and won a Palme d’Or. Others include The Hudsucker Proxy, 1994, Fargo, 1996. The latter won several awards including BAFTA awards, Cannes awards for direction and an Oscar for Best Original Screenplay. Actress Frances McDormand also won an Oscar for Best Actress for her role. Their main acting collaborators for the projects include Frances McDormand (Joel Coen’s wife).

In 2000, the Coen brothers worked in O Brother, Where Art Thou? starringJohn Turturro and George Clooney and loosely based on Homer's Odyssey.

followed by The Man Who Wasn’t There, 2001, Intolerable Cruelty, The Ladykillers, 2004, No Country for Old Men, 2007, which won four Academy Awards including Best Director, Best Adapted Screenplay, Best Picture and the Best Supporting Actor going to Bardem.

Ethan Coen wrote the off-Broadway play Almost an Evening, 2008, which premiered at the Atlantic Theatre Company Stage 2. Other works by the Coen brothers include True Grit, 2010, Inside Llewyn Davis, 2013, and alongside playwright, Matt Charman wrote the historical thriller Bridge of Spies. The most recent works of the Coen brothers include the film Hail Ceasar!, 2016, starring George Clooney, Scarlett Johansson, Josh Brolin, Ralph Fiennes, Frances McDormand and Channing Tatum among others.