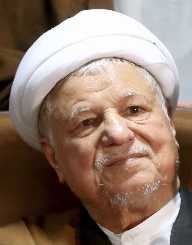 Akbar Hashemi Rafsanjani was the fourth President of Iran, serving from August 1989 to 1997.Childhood and Early Life

He had seven other siblings. His mother was Hajime Khanom Mahbibi Hashemi.

Akbar left home to study theology in Qom around 1948; he was fourteen years old when Akbar Hashemi Rafsanjani moved to the seminary. There, he became interested in political teachings of Ayatollah Ruhollah Khomeini, the founder of Islamic Republic. He finished his primary theological studies in 1956, two years later he was a student of Ruhollah Khomeini.

Under Ayatollah, Akbar was hojatolesl?m and then rising to the ayatollah. As per custom, he took his surname from his province when he became a cleric.

Akbar joins his teacher’s opposition to the Shah Mohammad Reza Pahlavi’s modernization program. In 1962, Khomeini was exiled from Iran, but his legacy lived on in Akbar, who became Chief Fund. Raiser, as well as a connector with other groups within the country. In 1963, Akbar was arrested for avoiding a call to arms by the Shah, before that seminarian were exempted.

Akbar Hashemi Rafsanjani was arrested around seven times and served a four-year jail term for his links with left-wing terrorist, and activities against the Shah. While in jail, Akbar met other opposers of the Pahlavi regime, he also joined the Islamic Marxist Group but left soon after.

In 1980, he was elected Speaker of the Iranian Parliament, which he served until 1989. During the same year, he was almost killed in an Iranian hostage crisis. Concurrently, he was made one of Tehran's Friday Prayer Leaders, and high-level posts in Khomeini’s new government.

Akbar was in the Defence High Council, at the end of the Iran- Iraq War, he was Second-in-Command of Iran's Joint Chiefs of Staff. When Akbar was in power he managed to force Khomeini to accept United Nations Security Council Resolution 598,  eight-year war finally ended in 1988.

Akbar Hashemi Rafsanjani was Chairman of the Expediency Council, a post which he held until his death in 2017.

In October 1981, Akbar publicly backed Ali Khamenei, but Mir-Hossein Mousavi was elected as Prime Minister. Despite that, Akbar managed to sit on the fence, until the death of his mentor in 1989. Akbar Hashemi Rafsanjani appeared to help President Ali Khamenei to succeed Khomeini as Supreme Leader. After that, he created a constitutional amendment, one that eliminated the position of Prime Minister. With his network,

Akbar was quickly elected as Iran’s first President in the same year. He was reelected in 1997, with a smaller two- thirds margin. Despite being in a traditional authoritarian party, Akbar supported privatization and reducing the international isolation of Iran. He pushed for having ties with Europe and America, to have free enterprises and investments to fix the economy. The hardline Islamic revolutionaries, led by Supreme Leader, started to oppose Akbar’s power.

Hence, after his 1997 term, Akbar was no longer elected as President. In 2006, he became a member of Assembly of Experts. A year later, he was the Chairman of the Assembly for two terms. But he was replaced by Mohammad-Reza Mahdavi Kani in 2011. Akbar tried to run for the presidency again in 2013 but was disqualified by the Guardian Council. He endorsed Hassan Rouhani in the elections later

In 1958, Akbar Hashemi Rafsanjani married to Effat Marashi. She gave him three sons and two daughters. One of his daughters, Faezeh is a representative for the Iranian parliament.

Akbar Hashemi Rafsanjani died of a heart attack in the evening of 8 January 2017, in Parish's Shohada-ye Tajrish Hospital in north Tehran. The eighty-two-year-old was interred in Mausoleum of Ruhollah Khomeini.