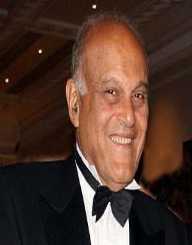 Clarence Walton Lillehei worked in the department of surgery as a professor at the University of Minnesota between 1951 and 1967. It was at this that he participated in the maiden world successful open heart surgery using hypothermia. The team took inspiration from a previous surgery performed on the great vessel around the heart by Alfred Blalock at John Hopkins University in 1944. That surgery was done to relieve a patient of the symptoms of tetralogy of Fallot. After that successful surgery, it was proven that heart surgery was possible. On September 2, 1952, a team of surgeons including Lillehei and Dr F. John Lewis achieved the historic feat of a successful open heart surgery using hypothermia.

After the successful open heart surgery, Clarence Walton Lillehei explored other options since the hypothermia method only gave surgeons a maximum of 10 minutes for the surgery to be completed. This method had disadvantages because it couldn’t be used in complex congenital defects on the heart. To bridge this discrepancy, Clarence Walton Lillehei deduced the method of cross-circulation in which the donor was used for the pumping and oxygenation function while they are being operated upon. This method proved successful and was used in 1954 to repair a ventricular septal defect. In the next year, cross circulation was used on 45 patients of which 32 of them survived.

Clarence Walton Lillehei was the president of the American College of Cardiology from 1966 to 1967 he was honored with the Bronze Star for his service in World War II in Italy, Lasker Award in 1955, and in 1959 the Columbian government honored him with the Order of Health Merit Jose Fernandez Madrid. Others included induction into the Minnesota Inventors Hall of Fame in 1993 and Harvey Prize in Science and Technology in 1996.

Clarence Walton Lillehei was married to Katherine Ruth Lillehei in 1946.  The couple had four children. He died in 1999 and was buried at the Fort Snelling National Cemetery.