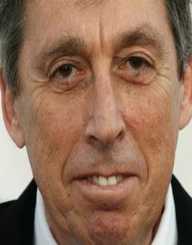 Ivan Reitman is a film producer and director. From 1980 to 2000 he came to limelight for his contribution to comedy work. He established the Montecito Picture Company in 1998.

Ivan Reitman was born to the couple Klara and Ladislav “Leslie” Reitman in Komarno, Slovakia. His parents belonged to the Jewish community. His mother escaped from the concentration can, and his father was a fighter. They settled as refugees in Canada in 1950.

Ivan Reitman studied in Oakwood Collegiate in Toronto and was in the Twintone Four singing group.

Ivan Reitman joined the new CITY-TV for a short period and it here he did his first as a producer. He then produced Spellbound in 1973 which progressed to form the Magic Show.

Ivan Reitman married Genevieve Robert in 1976. They have a son and two daughters. Jason Reitman is directing films such as Juno, Thank You for Smoking and Up in the Air.

He was awarded the Golden Globe for the script. Reitman’s daughter, Catherine Reitman works with an entertainment band in Los Angeles. His second daughter, Caroline Reitman is a second-year student at Santa Barbara City College. Ivan Reitman's wife has adopted Judaism.

He achieved the Mayor’s Prize at his home town Komarno, Slovakia.