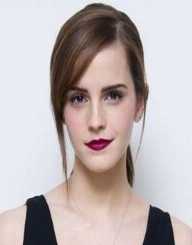 I have grown watching the ‘Harry Potter’ episodes; from 2001 to 2010.The movie comes with a fascinating theme that makes you stick till the end. After eight unsuccessful auditions, Emma Watson played Hermione Granger in this breathtaking film. Remember the ‘Beauty and the Beast? Yes! She also took the role of a Cinderella in the 2015 Live Action Film. Not only is she an active actress but also an activist.

On April 15th, 1990, Emma Charlotte Duerre Watson was born in France, Paris. At five years of age, Watson’s lawyer parents Chris and Jacqueline divorced. She moved with her mother and brother, Alex to Oxfordshire, South East England. While still at school, little Watson showcased her talent. She took several leading roles including ‘The Happy Prince’ ‘Alice and Wonderland’ and ‘The Young Years.’ She also took several initiatives such as poetry which won her the first prize in the Daisy Pratt Poetry Competition.

Later on, the head teacher and other friends nominated Emma Watson to audition for ‘Harry Potter and the Sorcerer’s Stone’ film audition. That happened in 2001 when selected people from the casting office came to Watson primary school. They joined together for fun and opted to taste the waters of their talents. Other tried without success, but Watson to her shock won the role, and the rest is history.

At the age of 10, Emma Watson began her action film as Hermione Granger; Harry Potter and the Philosopher’s Stone. The entire film is taken from the vastly known books by J.K Rowling. Though Ms. Rowling didn’t get a chance to meet with Emma, once she heard her voice through the phone; she knew she was the one. On the first day of her role, the Harry Potter movie had already garnered endless records. In all, Emma’s performance won her distinguished fame from bigwigs internationally.

On February 2016, Emma revealed various reasons for giving up his acting career. Currently, at 26 years of age, the Harry Potter Star wants to check on her ‘personal development.’ She once said that she wants to concentrate more on her studies.

Hermione Granger roleplay is meant to commence by the end of January. A grand opening of the ‘Harry Potter and the Cursed Child’ trailer will be shown. But Emma Watson, the role of Granger will not be present. Noma Dumezweni an award-winning actress will fill Emma’s shoes. It was suggested that the Harry Potter’s producer needed an older woman since he wants to showcase the events of Ms. Rowling’s last book chapters.

With all the changing of roles in this movie, Emma Watson seems to have lots in her hands. Being an activist herself has made her have an active life behind the camera. She was recently seen promoting ‘Him or She Campaigns’ at the United Nations Headquarters. Besides, she has shown her love for gender equality by traveling the world and beyond. Her main goal is to educate women on the importance of education. In 2014 she was nominated as the United Nations Women Ambassador. From there henceforth, she has received uncountable accolades.

During her leisure time, Emma Watson likes to dance and play hockey. She loves to make new friends as well as hanging out with old friends. Above all, all she wants is for her to be treated in an equal measure with other people around the globe.

Having scored an exemplary performance in her acting career, Emma Watson isn’t lucky when it comes to love. In March 2007, she dated Tom Ducker, a rugby player but they parted ways the same year. While still working on her Noah movie, her religion was questioned by all.

To make it all up, Emma Watson defined her spiritual life as a Universal one. If she weren’t into her acting episodes, Emma would probably be a Yoga Teacher. She was certified in 2013 and revealed that she is a perfect meditation and yoga instructor. On 24th May 2014 Emma graduated from the Brown University as she was studying English and Literature.