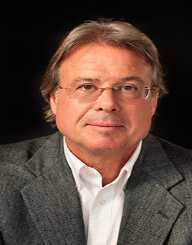 American scientist Michael S. Brown was born on 13 April 1941 in Brooklyn, New York. His parents were Evelyn and Harvey Brown.

During his childhood, the family moved to Philadelphia, Pennsylvania.

His interest in science began as a boy began when he obtained an amateur radio operating license. Another early interest was journalism.

Michael S. Brown was a pupil at Cheltenham High School in Elkins Park, Pennsylvania. He began his tertiary education at the College of Arts and Science at the University of Pennsylvania where he majored in chemistry, graduating in 1962. During his time at university, he was involved with the student newspaper. After receiving an M.D. from the University of Pennsylvania School of Medicine, Michael S. Brown spent two years as an intern and resident at the Massachusetts General Hospital in Boston. A fellow intern was Joseph Goldstein with whom in 1985 he would share the Nobel Prize in Physiology or Medicine.

During this time Brown worked on solubilizing and partially purifying 3-hydroxy-3-methyl glutaryl coenzyme A reductase. He collaborated with Goldstein to find the underlying cause of familial hypercholesterolemia, a genetic disease which causes the accumulation of cholesterol in blood and tissues. They began this collaboration in 1972 and by 1974 had merged their laboratories. At the same time, Michael S. Brown continued as an academic physician, working at Parkland Memorial Hospital for up to twelve weeks per annum and also lectured in genetics. By 1974 Michael S. Brown had been promoted to Associate Professor of Internal Medicine and in 1976, a full professor. In 1977 he became the Paul J. Thomas Professor of Medicine and Genetics and Director of the Centre for Genetic Disease at the University of Texas Southwestern Medical School. Then in 1985, he was appointed Regental Professor at the University of Texas.