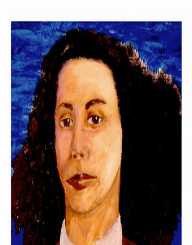 French novelist and nineteenth-century literary figure George Sand was born Amantine Lucile Aurore  Dupin on the 1 July 1804 in Paris, France. Her father was connected to the nobility while her mother was a commoner. She was four years old when her soldier father died, and her mother moved to Nohant where George Sand was raised on her maternal grandmother’s estate.

When George Sand reached her teens, she was enrolled in a convent in Paris. She returned home after a short time and was homeschooled by a tutor who encouraged her independent thinking and interest in social issues and philosophy.

After moving to Paris in 1830, George Sand began to establish herself as a writer by producing articles and mixing with other French writers and philosophers. Henri de Latouche took an interest in her writing. Her first novel, Rose et Blanche, was published in 1931 under the pen-name Jules Sand, having collaborated with Jules Sandeau. Her second novel, Indiana was published in 1832 under the pseudonym George Sand.

George Sand went on to publish novels reflecting life in the French countryside including writing about the social issues of the day.

Her autobiography Story of My Life was published in the 1850s.

When her grandmother died George Sand inherited her estate, and at 19 she married Casimir Dudevant. The marriage was not happy, and she left her husband and family and relocated to Paris where she mixed in literary circles. Her husband retained custody of their son Maurice while George Sand won custody of their daughter, Solange.  She had affairs with various literary figures including the poet Alfred de Musset and Frederic Chopin.