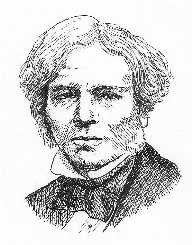 Louis Braille was born on January 4, 1809, in Coupvray, France. His parents were Simon-Rene, who was a leather merchant, and Monique Braille. He had three sisters, all who were older than him, named Monique Cather Josephine, Louis-Simon, and Marie Celine.

Simon-Rene’s career as leather merchant-funded his family’s lifestyle easily. The family lived in a large house and were relatively well off for the time. When Louis was about three years old, he tried to work with his father’s leather-making tools, and he ended up damaging his eyes. The damage in one eye caused an infection that spread to his other eye. This caused him to lose his sight slowly. By the time he was five years old, he was completely blind.

Being blind didn’t slow down Louis Braille. In 1819, his parents sent him to study at the Royal Institute for Blind Youth in Paris, France.

Before the Braille dot system, there was another system already in use to help the blind read called the Huay system. Braille was sure there was a better way for the blind to read. This is what prompted him to make his reading system. Louis Braille was only 15 years old when he invented the Braille system for learning.

This system uses different patterns of raised dots. With this method, people who are blind or who have difficulty seeing can still read by feeling the dots on paper instead of looking at words on a page. Being the first person to have ever done this, the aptly named his invention after himself.

In 1826, Louis Braille began work as a teacher in the Royal Institute for Blind Youth, the same school that he studied in years earlier. He taught algebra, geometry, and history. He retired from his teaching career when he was 40 years old because he was suffering from health complications.

In 1829, when Louis Braille was 20 years old, Braille finally published papers on his dot reading system, even though he had invented the system years earlier. In that same year, he made a system using the Braille dots he had created years more previously, to read music instead of words. He also published a book about this work called, Method of Writing Words, Music, and Plain Songs using Dots, for Use by the Blind and Arranged for them.

In 1837, the second edition of his Braille publication was published, this time actually in Braille. In 1839, he published a book called the New Method for Representing the Dots. This was to help the blind write in a way that seeing people would be able to understand.

Louis Braille died on January 6, 1852. It is known that he was sick with some respiratory illness, and many historians agree that it was likely complications from tuberculosis that ended his life.

The Braille system is still used all over the world today by millions of blind people. A better way for the blind to read and write has so far not been invented.