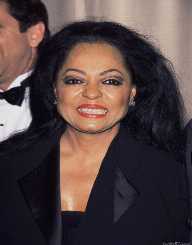 Diana Ross was born on March 26, 1944. She is an actress and a singer. She has been a successful musician in the United Kingdom and the United States of America.

Diana Ross was born on March 26, 1944, in Detroit in Michigan. She was born to Fred Ross who was a United States Army Soldier ad Ernestine who was a school teacher. In 1958, her family moved to St. Antoine Street where they lived at the Brewster Douglass housing projects. She attended the Cass Technical High School. In 1962, she graduated from the school. After school, she worked at the Hudson’s Department Store.

In 1959, Diana Ross joined the female singing group ‘The Supremes’ which was a successful vocal group. She became the costume designer and seamstress and hairstylist of the group. In 1963, she recorded their first song titled ‘When the Lovelight Starts Shining Through His Eyes’. The following year she delivered the lead vocals for the group for the song ‘Where Did Our Love Go Wrong’. The song became popular as it peaked on the music charts. In 1968, she became a cast member of the Television Show ‘TCB’.

In 1984, Diana Ross released the album ‘Swept Away’ which included songs such as ‘Missing You,’ ‘Telephone’ and ‘Swept Away.’ In 1991, she released the album ‘The Force Behind the Power’. Three years later she starred in the movie ‘Out of Darkness’. In 1995, she released her studio album ‘Take Me Higher’. In 2000, she was a headliner for the ‘VH1 Divas 2000: A Tribute To Diana Ross’. Six years later she released her album ‘I Love You’ which included songs such as ‘Remember’, ‘I Want You’ and ‘Crazy Little Thing Called Love’.

In 2008, Diana Ross sang the song ‘Ain’t No Mountain High Enough’ among other songs at the Nobel Peace Prize Concert. In 2012, she appeared in the Television Show ‘Christmas in Washington’.

In 1973, Diana Ross received the Golden Globe Award in the category of Most Promising Newcomer-Female in the film ‘Lady Sings the Blues.’ In 1977, she received the Tony Award for ‘An Evening with Diana Ross.’ She received the Lifetime Achievement Grammy Award in 2012.