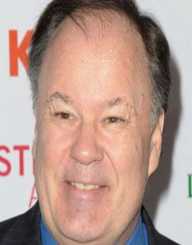 Dennis Haskins is an American actor best known for his role as principal Belding in the popular sitcom Saved by the Bell.

Dennis Haskins was born in the city of Chattanooga, Tennessee on November 18, 1950. He started his education in the private school Our Lady of Perpetual Help and continued with the Notre Dame High School. After that, he enrolled at the University of Tennessee at Chattanooga, where he participated in many extracurricular activities.

Although he was a great basketball player in high school, he still failed to qualify for the main basketball team of the University of Tennessee, so he joined the smaller division in Chattanooga. He was also a member of the cheerleading squad and the Kappa Sigma fraternity. He joined the theater department, and he eventually became the entertainment chairman of the entire university.

After graduating from college, Dennis Haskins started working as a music manager, agent and concert promoter, associating with musicians such as Tom Jones and Greg Allman and bands like Earth Wind and Fire and The Charlie Daniels Band.

In 1980, Dennis Haskins decided to give acting a try, so he relocated to Los Angeles, California. In the first few years, he only managed to get small roles on television shows such as The Dukes of Hazard, The Twilight Zone, and Magnum, P. I. He was also a contestant on the television game shows Scrabble and Press Your Luck.

Haskins finally got his big break in 1988. He was cast in the show called Good Morning, Miss Bliss on the Disney Channel. The show was not very successful, lasting only eleven episodes. However, very soon after Disney canceled it, NBC decided to pick it up. The show was renamed as Saved by the Bell and slight changes were made in the casting, production, and in the characteristics of some of the written roles. Haskins kept his spot, and he was the only adult in the regular cast, the rest being the teenagers Mark-Paul Gosselaar, Dustin Diamond, Lark Voorhies, Tiffani - Amber Thiessen, Elizabeth Berkley, and Mario Lopez.

The entire concept of the show revolved around the lives of the students attending the Bayside High School. It mostly focused on light and funny moments such as their pranks, jokes, and bickering, but it also occasionally mentioned more serious topics like depression, drug and alcohol use, homelessness, environmental problems, different social issues, etc. The sitcom became an instant hit, garnering adoration from audiences everywhere, and even today, it is considered to be one of the most popular and beloved teen sitcoms of all time.

Dennis Haskins played the role of Mr. Balding, the principal of Bayside High, who represented the primary authority figure for the students but was also friendly, funny, and lovable. The audience had a great response to his character. His catchphrase, “Hey, hey, hey, what is going here?”, became widely known.

After the sitcom ended, Dennis Haskins got plenty of smaller roles in other television shows and films. He showed up again as principal Belding in Robot Chicken, The Rerun Show, and Victorious. He had different parts in many other series, the most popular ones being Mad Men, Hot in Cleveland, New Girl and How I Met Your Mother, where he appeared alongside famous stars such as Jon Hamm, Betty White, Zooey Deschanel, and Neil Patrick Harris.

In 2015, he reunited with the rest of the original cast for an appearance at The Tonight Show Starring Jimmy Fallon, where they all together filmed a Saved by the Bell sketch.

Dennis Haskins sometimes puts random references to his hometown of Chattanooga or the state of Tennessee during his lines in the shows he stars in. He does this to honor his beloved hometown and states.

As a big fan of karaoke, in 2009, Dennis Haskins released an album called “Karaoke With Your Favorite Principal Dennis.” In 2011, he appeared in the music video for “See You In Shell” by the experimental metal band called I Wrestled A Bear Once, which was a parody of Saved by the Bell and of films made by John Hughes.

He also starred in the music video for “Vacation” by Dirty Head. In 2016, he performed on stage with the 90s themed band, Saved by the 90s, in Toledo, Ohio, at a minor league baseball game of the Toledo Mud Hens. Haskins is also a big fan of professional wrestling, so he was a part of the YouTube series Z! True Long Island Story started by professional wrestler Zack Ryder, where he played both himself and principal Belding.

Dennis Haskins is very dedicated to supporting charities, especially the ones trying to combat different diseases, both by making donations and by making appearances and speeches at the events they organize. So far, he has been a part of the American Airlines Celebrity Ski benefiting cystic fibrosis research; The Jimmy V benefiting cancer research; the Phoenix / Scottsdale area benefitting disadvantaged youth for Alice Cooper. He is also part of the Excellence in Sports Performance Yearly Awards; the Crohn's and Colitis Foundation's Team Challenge Pasta Dinner; Jim Kelly for Hunter's Hope; Vince Neil's tournament for youth with cancer; and many others.

Dennis Haskins has received the most praise from his hometown of Chattanooga, given that he is the city's most famous representative. He was honored with an award as the Most Distinguished Alumni of The University of Tennessee at Chattanooga in 2000. A high school in the region also named an academic decathlon after him, called the Dennis Haskins Open, which has been held for over ten years now.