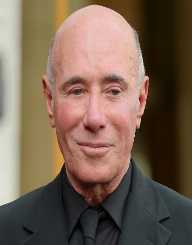 David Geffen is one of the most influential, if not successful people involved in the entertainment industry. He founded a number of companies of which spanned the handling of artists from the music and film industry.

Dreams From The Weaves Of A Dress Maker

Born as David Lawrence Geffen on February 21, 1943, at Brooklyn, New York, he is the younger of Abraham and Batya’s children. His older brother, Mitchell, became a lawyer in his later life with two daughters under his name; David’s closest living relatives to date.

His mother, Batya, sold undergarments in a small clothing store called Chic Corsets while his father worked as a pattern maker. He learned the necessary skill of establishing personal relations with people from his mother, a tool that served him greatly into adulthood.

As a high school student, he was known for being a sociable and outgoing individual and was a member of the school’s drama and music club. Upon graduation in 1960, he went to enroll at three different colleges. He went to Austin to enroll at the University of Texas but flunked out after a single semester. He then proceeded to go to Brooklyn College but only lasted for one term. In later years, Geffen revealed the reason for him being unable to finish college was due to his dyslexia.

Before finding his way as a talent agent, he briefly worked as an usher at a TV-Radio in CBS and climbed up in the position as a receptionist until he was fired for suggesting script revisions at the producer. At the time, the director made a joking remark of Geffen being a good talent agent. Amused by the idea, Geffen pursued the suggestion wherein he landed a job at William Morris Talent Agency.

He started off by sorting letters in the mailing room at a $55 weekly wage. In two years’ time, he became a junior agent and started managing musical talents such as Laura Nyro. By 1969, he made his first million dollars by managing Nyro’s records of which followed by other aspiring musicians such as Nash & Young, Joni Mitchell, and Nash to name a few.

The Birth Of Asylum Records

Due to his success at handling musical acts, he decided to form his own label with fellow William Talent worker-turned-friend, Elliot Roberts. The two founded Asylum Records together in 1970 and signed artists who are struggling to find a record label to sign them. At the time, the Atlantic Records distributed the label where they signed Bob Dylan, The Eagles, and Linda Ronstadt to name a few. The Asylum Records was eventually sold off in 1972 to Warner Communications and Elektra Records, turning into Elektra/Asylum Records.

In 1970, he hired Ed Rosenblatt, Warner Bros. Records Executive to serve as the president of the newly founded Geffen Records. Geffen Records was financially assisted by Warner Bros. and signed artists such as Donna Summer, Elton John, Cher, and John Lennon to name a few of these artists. Lennon released an album in 1980 entitled Double Fantasy who’s record sales were rather impressive for a starting label.  On December 1980, Lennon was assassinated which led to an increase of the records’ sales. In 1990, Music Corporation of America (MCA) bought the record company.

After selling Geffen Records to MCA amounting to $6.13 million and a share in stocks, he immediately established DGC. Under DGC he signed pre-famed hard rock band Guns N’ Roses during the 1980s which catapulted the band into success, as well as the band Nirvana with its smash-hit album, Nevermind.

Following his success into the music industry, he also partook in the film industry by co-founding DreamWorks alongside Steven Spielberg and Jeffrey Katzenberg. The company went on to produce critically acclaimed hits such as Saving Private Ryan and Interview with the Vampire.

Shortly before his establishment of DGC, Geffen took a semi-permanent retirement due to a misdiagnosis of terminal cancer back in 1977. He eventually returned to the entertainment industry in 1980 to establish DGC.