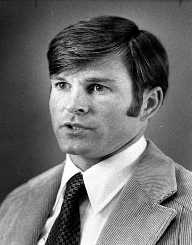 White, the All-American boy was a second born in a family of nine children. He was born on September 2, 1946, in Long Beach, California. He was raised up by working-class parents in the neighborhood of San Francisco.

White attended Riordan High School. Before completion of his junior year, he was expelled for violence. He was readmitted in Woodrow Wilson High School, where he was spotted for his talent in sports. White was recruited in the Vietnam War as a paratrooper in 1965. He served in the army as a Sergeant in the air-bone division until his discharge in 1971. He returned home and served as a policeman before changing his career to a fireman in San Francisco.

In 1977 White got his ticket to the board of supervisors through the conservative platform. He was displeased by the growing numbers of officials engaging in homosexuality and crime. He strongly opposed homosexuality as the representative of the middle class in the San Francisco society. He became a formidable force, opposing Mayor George Moscone’s ideas. He gained support from the police and firefighters union. His supervisor Harvey Milk was in constant disharmony with White for standing up against homosexuality. White and Milk differed on the issue of the proposed rehabilitation center in the Mission District. Despite the disharmony between the two, they had a common ground when it came to supporting political issues.

White resigned from his supervisory position in 1978, citing political corruption in San Francisco City and difficult financial situation. White was not happy with the passing of Milk’s gay rights bill. He was not earning his salary as a firefighter nor a policeman, making it very difficult for him to support his family. He had opened a baked-potato stand at Pier 39 to substitute his income, but it did not bring in good returns. On November 14, 1978, Whites’ supporters urged him to reverse his resignation and seek reappointment from George Moscone. Milk's influence on George was so strong that he and other board members had already been convinced to appointing Don Horanzy. The decision did not go down well with White.


The Assassination And Trial

On November 27, 1987, White sneaked into San Francisco City hall through a first-floor window. He was in possession of a Smith & Wesson model 36, a 38 caliber revolver and 10 rounds ammunition. White intended of killing Milk, Moscone, the Californian Assembly Speaker, and the late S.F mayor Willie Brown. He shot Moscone twice in the chest and head as his way of revenging the opposition for his reappointment. White went down the corridor and shot Milk twice in the head, twice in the chest and once in the back. He then turned himself in at the San Francisco northern police station, his previous work station.

White was charged for voluntary manslaughter instead of first-degree murder. His lawyer, Douglas R. Schmidt convinced the jury that White had acted out of the heat of passion and not malice. Douglas made a plea of Diminishing Capacity as a result of the extreme stress and depression that white was experiencing in his home life. Psychiatrist Martin Blinder one of his defense therapists explained that white had switched from a healthy eating habit to junk food a few days to the shooting spree. His trial was then termed a Twinkie Defense, implying that criminal defense is unrealistic or absurd.

White was jailed for seven years and eight months. The gay community staged a peaceful come violent demonstration that prompted the police to respond with force. 124 people got injured in the riot. The incident was famously referred to us The White Night Riots.

After serving five years, one month and nine days in jail, White got a pardon release. He left jail on January 6, 1984, for Los Angeles. White lived in Los Angeles for one year before reuniting with his family in San Francisco against Mayor Dianne Feinstein's wish.

White tried to rebuild his family to no success leading him to commit suicide by carbon poisoning at the age of 39 years.

He was given a government burial for veterans. He left behind two sons, a daughter, and a window.

Dan White might have been termed infamous for his assignation act, but he will be remembered for his bravery in fighting for justice and morality in the society. Homosexuality still remains a controversial topic in the world to date.