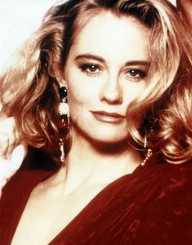 Born and Bred To Be a Great Flirt: Cybill Shepherd

Named after her grandfather Cy and father Bill, Cybill Lynne Shepherd was born on 18 February 1950 in Memphis, Tennessee. Her mother Patty was a homemaker while her father William Jennings Shepherd owned a business dealing with home appliances. She had an elder sister named Terry. As a child, Cybill developed a deep interest in music and started her formal training as a vocalist at the age of 16 under the guidance of the coach of Metropolitan Opera Chorus.

Cybill Shepherd's journey in the glamour world began at the age of 16 when she was crowned ‘Miss Teenage Memphis’ in the year 1966. She then participated in Miss Teenage America, but it came as a rude shock when she failed to make it to the finals of the contest. However, in 1968, she won the ‘Model of the Year’ title. Soon after that, in 1970, she got featured on the cover of the Glamour Magazine.

Cybill Shepherd's appearance on the Glamour magazine caught the attention of director Peter Bogdanovich’s the then-wife Polly Platt who convinced the director to cast Shepherd in the role of ‘Jacey’ in his film ‘The Last Picture Show.’ This marked the beginning of Cybill Shepherd’s career as an actress. Her debut film ‘The Last Picture Show’ (1971) garnered rave reviews and also became a tremendous box office hit. The critically acclaimed film starring Cybill Shepherd, Jeff Bridges, and Timothy Bottoms received several Academy Awards and other award nominations including a Golden Globe nomination for the actress.

After her big debut, Cybill Shepherd was seen in Elaine May’s film ‘The Heartbreak Kid’ opposite Charles Grodin. The 1972 film went on to become a critically acclaimed box office hit, and her portrayal of a beautiful, sun-kissed woman named Kelly was immensely appreciated. Shepherd’s career nosedived in between the years 1973-1975 as she gave back to back flop movies like ‘Daisy Miller’ (1974) and ‘At Long Last Love’ (1975). Peter Bogdanovich directed both the films.

In 1974, Shepherd also launched her music career by releasing her debut album with MCA records titled ‘Cybill Does It...To Cole Porter’. She came back into reckoning as an actor with Martin Scorsese’s film ‘Taxi Driver.’ The 1976 film saw her playing the role of an exquisitely beautiful lady opposite Robert De Niro. After doing a few more moderately successful films like ‘The Lady Vanishes,’ Shepherd went back to her hometown Memphis to try her hand out at the regional theatre. Her friend and confidante Orson Welles majorly influenced this decision of hers.

Cybill Shepherd returned to the Hollywood circuit in 1982 and bagged the role of Colleen Champion in the 1983 night-time drama ‘The Yellow Rose.’ The show ran for one complete season and was critically acclaimed. The highest point of Shepherd’s career came when she landed the role of Maddie Hayes in ABC’s show ‘Moonlighting.’ The mystical comedy show also starred Bruce Willis, and both Cybill and Bruce shared excellent chemistry with each other. The show gave Shepherd two Golden Globe Awards.

In 1989, Cybill Shepherd delivered a stellar performance in ‘Chances Are,’ a film which also featured actors like Robert Downey Jr. and Ryan O’Neal. In 1990, 20 years after the release of ‘The Last Picture Show,’ the entire cast of the film got together for a sequel titled ‘Texasville’ and Shepherd got the chance to play the role of Jacey again. She continued to appear in a few more films like ‘Alice,’ ‘Once Upon a Crime’ as well as several television films too.

The title character of Cybill Sheridan in the television sitcom ‘Cybill’ was loosely based on her own life. The CBS’s show was aired from 1995 to 1998 and in 1997; Cybill Shepherd bagged her third Golden Globe award as the ‘Best Actress in a TV series, Comedy/Musical’ for the show. Cybill Shepherd was also seen in television films like ‘8 Simple Rules’, ‘Martha, Inc.: The Story of Martha Stewart’ (2003) and ‘Martha: Behind Bars’ (2005).

Cybill Shepherd has made several guest appearances on shows like ‘Criminal Minds,’ ‘No Ordinary Family’ and ‘$h*! My Dad Says’. She essayed the character of Phyllis Kroll in ‘The L Word’ and the character of Madeleine Spencer in ‘Psych.’ Shepherd's Broadway debut happened in the year 2012 with ‘The Best Man’ at the Gerald Schoenfeld Theatre. She was also seen in a Christian-themed movie ‘Do You Believe?’

Cybill Shepherd has also written her autobiography titled ‘Cybill Disobedience.’ The autobiography written in collaboration with Aimee Lee Ball was published in 2000 and became a bestseller. Shepherd has been an outspoken and active supporter of Gay Rights and Abortion Rights. She supports same-sex marriage and has been honored with the prestigious National Ally for Equality awards by the Human Rights Campaign in Atlanta.

Throughout her life, Cybill Shepherd had many romantic relations. Early in the 1970s, she was dating Elvis Presley but his drug addiction drove her away from him, and she ultimately left him to start off a relationship with her debutant director Peter Bogdanovich. She was even approached by actor Robert De Niro and jazz musician Stan Getz, but she refused their proposals straight away.

Shepherd also had sexual encounters with her ‘The Heartbreak Kid’ co-star Charles Grodin and Don Johnson. Shepherd and Bruce Willis got attracted to each other while shooting for Moonlighting but later decided to remain just friends.

Cybill Shepherd got pregnant with daughter Clementine Ford who was born in 1979. In the same year, she married long-time boyfriend David M. Ford who was a local auto parts dealer and nightclub entertainer in Memphis. However, they got divorced in 1982. In 1987, she tied the nuptial knot with Chiropractor Bruce Oppenheim. The couple had twins named Cyrus Zachariah and Molly Ariel Shepherd-Oppenheim. However, this marriage also ended in divorce in 1990. Finally, in July 2012, Cybill Shepherd got engaged to Andrei Nikolajevic.