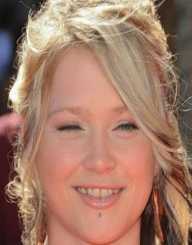 Crystal Bowersox is an American singer and songwriter who became locally known for being American Idol's runner-up at the conclusion of its ninth season.

Bowersox has a son born in 2009 named Anthony Levi Mason. Her then-boyfriend left her when she was pregnant with him for six weeks.  On October 10, 2010, Bowersox tied the knot with fellow musician Brian Walker in Chicago. However, their marriage ran short and ultimately ended in divorce a few years later in May 2013.

Crystal Bowersox was born as Crystal Lynn Bowersox on August 4, 1985, and shares her birthday with her fraternal twin brother named Karl in Elliston, Ohio. Their parents were Kelly Lyn and William Lester Bowersox who ended up in divorce when she was just two years old. Her family struggled a lot beginning with her diagnosis of Type I Diabetes.

As her family struggled with the finances, things at home turned for the worst with her parents always fighting. As a way to cope with the stress, Bowersox turned to music as a means of escape. She taught herself how to sing, and how to play both the harmonica and the guitar and performed her first gig as a professional musician at the age of 10.

Crystal Bowersox enrolled at Oak Harbor High School and became a part of the school's marching band as a choir member and played the flute. A little while later she dropped off the school and attended Toledo's School for the Arts located in Ohio. While attending Toledo's school, she became a part of the local music scene performing at bars and frequently played at The Village Idiot and Papa's Tavern in Ohio.

The driving force for Crystal Bowersox to audition was the birth of her son, Tony, in 2009. After winning a local band competition in her hometown of Elliston, her family and friends convinced her to join the nationwide competition of which she did after giving birth to her son the same year in 2009. She headed to Chicago to audition for the show and performed the song Piece of My Heart and earned a spot as one of the competitors of the show.

From there, she worked her way up to the women's Top 10 Finalists. On March 10, 2010, she encountered trouble when was admitted to the hospital for treatment from suffering Diabetic Ketoacidosis to her diabetes which altered the scheduled event that night.

In the season finale, Crystal Bowersox ended up as first runner-up against hailed American Idol Lee Dwyze on May 26, 2010. The very next day, she announced her contract signing with 19 Entertainment/Jive Records to pursue a professional musical career under their record.

On December 14, 2010, Crystal Bowersox released her debut album entitled Farmer's Daughter and collaborated with many other artists the following years such as the Blues Travelers and John Popper. Her second album was released on March 26, 2013, entitled All This For That and began her tour ahead of her album release on March 1, 2013. Before her second album release, she signed a record deal with Shanachie Records in October 2012.

Aside from being a musician. She also appeared on Broadway when she secured the lead spot of Patsy Cline in the musical production on Broadway of  Always, Patsy Cline.