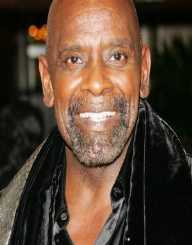 Chris Gardner was born on February 9, 1954, in Milwaukee, Wisconsin, USA. His parents are Bettye (Gardner) Triplett and Thomas Turner. He also has two half-siblings, Kimberly and Sharon Triplett. He has one older stepsister as well, Ophelia. Chris was in part raised by his stepfather, Freddie Triplett.

After finishing high school, Chris Gardner joined the Navy. He served in the Navy for four years. While here, he became determined to become a doctor once he was out of the Navy. In 1974, Gardner left the Navy to do just that.

Chris Gardner started to work at the University of California Medical Center and Veterans Administration Hospital in 1974. He worked there for two years before getting a promotion. However, even with the promotion, he was not earning enough money to support his family. He then left the medical career track to sell medical equipment instead.

While selling medical equipment, Chris Gardner came across a rich-looking man, Bob Bridges. He learned the man was a stockbroker, and he was then determined to do the same thing.

He applied to be a trainee with several stockbroking companies before he was picked up by Dean Witter Reynolds group. Since he was just a trainee, he was not paid for his work. He sold medical equipment at the same time. However, this made hardly enough to take care of all of his expenses. During much of this time, Gardner was homeless. It wasn’t until 1982 that he was hired as paid employee.

Chris Gardner began working with Bear Stearns & Company in the early 1980’s. However, he began his own company, Gardner Rich & Co. in 1987. The company was highly successful. Decades after the company was started, Gardner sold his company for a large profit in 2006.

In  2006, Chris Gardner wrote a memoir about his struggles as a homeless man. The memoir was called the Pursuit of Happiness. Later that same year, a movie was written and produced based on his memoir. It had the same title. In this film, Garder was played by Will Smith.

Chris Gardner has also written one other book, Start Where You Are: Life Lessons in Getting from Where You Are to Where You Want to Be. This book is less of a memoir and more of a how-to guide. Growing up without much, in this book, Gardner writes about how a person can accomplish anything if they work with what they have instead of focusing on what they don’t have.

Since becoming rich from his career as a stockbroker and his best-selling book, Chris Gardner has donated money to great causes. Some of the charity projects he is a part of are listed below.

For work with the charity, National Fatherhood Initiative, Chris Gardner has won the Father of the Year Award, in 2002. Also for charity work, he has won the following: 25th Annual Humanitarian Award and the Friends of Africa Award.

Gardner’s most famous book, the Pursuit of Happiness, has won the NAACP Image Award for Outstanding Literary Work for a Biography/Autobiography. The movie adaptation of the book also won and was nominated for several awards, including the ASCAP Award for Top Box Office Films.

Chris Gardner was first married to Sherry Dyson in 1977. While still married to Dyson, Chris Gardner began to have an affair with a woman named Jackie. She became pregnant with Gardner’s child. Later, Dyson and Gardner divorced. With Jackie, Gardner had two children, Christopher and Jacintha. Jackie and Gardner later broke up.