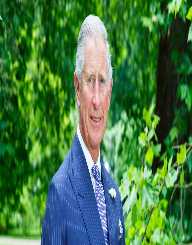 Born Charles Philips Arthur George, Charles, Prince of Wales is the eldest son of Queen Elizabeth II and the heir apparent to the British throne. Born on November 14, 1948, he is the longest-serving heir apparent in British history, holding that position since 1952. Charles, Prince of Wales, became the heir apparent when his grandfather King George died, and his mother Queen Elizabeth II ascended the throne. Charles is known in South West England as Duke Cornwall and in Scotland as Duke of Rothesay and has been the oldest apparent since Sophia of Hanover who was the heir presumptive of Queen Anne but died at age 83, in 1714.

Charles has an intense interest in humanitarian and social issues. In 1976, he founded, The Prince’s Trust and sponsors The Prince’s Charities. Charles also serves as patron in several other charity and art organizations. Charles is also an advocate for organic farming. Hence the founding of the Duchy Home Farm that supplies ingredients for the Duchy Originals brand founded by him in 1990. Charles is also an environmentalist and creates awareness on the dangers posed to the natural environment especially on climate change.

Charles, Prince of Wales, was born to Princess Elizabeth, Duchess of Edinburgh (now Queen Elizabeth II) and Philip, Duke of Edinburgh on November 14, 1948, in Buckingham Palace. He is the first grandchild of King George VI and Queen Elizabeth. After the death of King George VI, Princess Elizabeth ascended the throne as Queen Elizabeth II, making Charles the heir apparent. Charles automatically assumed the title Duke of Cornwall, Duke of Rothesay, Earl of Carrick, Baron of Renfrew, Lord of the Isles and the Prince and Great Steward of Scotland. From the age of five to eight, Charles was put under the care of governess Catherine Peebles, and she also took charge of his education.

Charles education took a different turn from the usual custom where private teachers were appointed for royal children. In 1955, the Buckingham Palace announced Charles would attend school and with that became the first heir apparent to receive an education that forms. Charles received his education at the Hill House School in West London, Cheam Preparatory School in Berkshire am later at Gordonstoun in the north-east of Scotland. In 1966, Charles was admitted at the Timbertop campus of Geelong Grammar Schools in Victoria, Australia where he spent two semesters. Charles later returned to Gordonstoun where he completed in 1967. Instead of joining the British Armed Forces as tradition demands, Charles rather enrolled at the Trinity College, Cambridge where Charles studied anthropology, archaeology, and history in 1967.

He enrolled at the University of Wales in Aberystwyth for a term during his second year at Cambridge to study Welsh history and language. He returned to Cambridge to graduate a 2:2 Bachelor of Arts in June 1970. This made him the first heir apparent to obtain a university degree. After graduation, he then served in the Navy from 1971 to 1976. He received a Master of Arts degree from Cambridge in August 1975.

On 26 July 1958, Charles, Prince of Wales has created the Prince of Wales and Earl of Chester, but his official inauguration was done on July 1, 1969, at Caernarfon Castle. In 1970, he took his seat in the House of Lords, making his first speech in June 1974. Charles has since taken an interest in public duties and introduced several initiatives on humanitarian and social issues and charity works. In 1766, he founded The Prince’s Trust. He is currently the second longest serving Charles behind Edward VII and could beat his record on September 9, 2017. Charles is also the longest-serving heir apparent, Duke of Rothesay and Duke of Cornwall. If he is able to ascend the British throne, he would become the oldest person to do that as the current record holds William IV, who was 64 when he ascended the throne in 1830.

Charles, Prince of Wales, found himself in numerous love affairs before settling down. He has affairs with women like Lady Jane Wellesley, daughter of the 8th Duke of Wellington, Camilla Shand, Davina Sheffield and Georgina Russell. Charles got married to Lady Diana Spencer on July 29, 1981, at the St Paul’s Cathedral. The couple had two children, Prince William and Henry. The couple became distance to each other after Diana discovered Charles relationship with Camilla Shand. They divorced on August 28, 1996, four years after the British Prime Minister, John Major, had announced their separation in December 1992.

Diana died on August 31, 1997, in a car crash in Paris. Charles then married Camilla Parker Bowles on April 9, 2005, in a civil marriage at Windsor Guildhall and subsequent religious blessings at the St George’s Chapel, Windsor Castle officiated by Archbishop of Canterbury, Rowan Williams. His parents did not attend the civil ceremony, and there were even speculations that civil marriage for a royal was illegitimate.