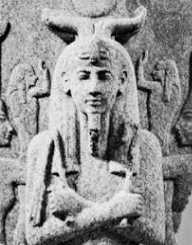 The last great monarch of ancient Egypt, Ramses III was the second ruler of the twentieth dynasty. The founder of the dynasty was his father, Setnakht. During the reign of the previous dynasty, the political scenario of Egypt was quite unsettling. Setnakht (reigned 1190–87 BCE) initiated the process of recovery from the severe political conditions Egypt had to undergo before his accession.

Ramses III took the baton of the process from his father and proceeded in the right direction after that. He ruled Egypt from 1187 to 1156 BCE and protected its sovereignty by thwarting three significant attempts of foreign annexation. He had to fight three significant wars to safeguard his country and ensure peace of his kingdom during his reign.

When Ramses III was in his fifth year as the Pharaoh of ancient Egypt, an alliance of some Libyan tribes pervaded the Western Nile River Delta accusing Ramses of interference in the succession of their leader. These Libyan ethnic groups were regularly intruding upon the Egyptian land, and such invasion was a perpetual problem since the reign of the 19th dynasty. Ramses defeated these invaders profoundly in a battle held on the Western Delta.

Upon his successful protection of Egypt from the intruders of Libyan ethnicity, Ramses III managed to maintain peace for the next two years. However, a menacing alliance of re-settlers from the Mediterranean islands and Asia Minor attacked Egypt both by land and by sea.

The combination of these people was called the Sea People and was responsible for ruining the powerful Hittite empire and the devastation of Syria. Using a well thought-out strategy, Ramses trapped the enemy ships after allowing them to enter the waterways of the delta.

The ships were made useless by targeting these with a persistent barrage of arrows from the bows of his top-level archers. The Egyptian navy attacked the stranded enemy ships under cover of a volley of arrows. In the ensuing brutal hand to hand combat, the Sea People surrendered abjectly.

Again two years passed by peacefully after the victory against the Sea People. During the 11th year of his rule, a new combination of Libyan tribes invaded the Western Delta. In the resultant war, Ramses III captured the head of the coalition and became victorious. In his more than three decades of rule, this was the last war which he won convincingly.

Upon successfully defending his country from every attempted invasion, Ramses III focused his attention towards building some temples, palaces, and town complexes. In Western Thebes, he completed building a prominent funerary temple, a town complex and a palace at Mad?nat Habu.

In a bid to boost trade and industry, he sent a seaborne trading voyage to a place called Punt on the Somali coast of Africa. He also began exploration for possible copper and gold mining in the Southern province of Egypt.

The exorbitant cost for engaging in three consecutive wars took its toll on the economy of Egypt. While Ramses III was in his 29th year of rule, elite royal tomb builders at Thebes went on a strike.

The reason for such a protest was the failure of the administration to supply their monthly ration. In all probability, this was the first labor strike in the official record of world history. There was a substantial grain shortage for almost two decades for some unforeseen circumstances. The fall-out of this crisis severely affected the credibility of his regime during his final days.

One of the secondary wives of Ramses III was ambitious enough to see her son on the Egyptian throne. She hatched a plot to assassinate the Pharaoh. However, the attempted coup could not succeed. All the conspirators were apprehended and brought to trial. It is unclear whether Ramses survived the assassination attempt.

Ramses III died around the same time in 1155 BCE. Doctors did not find any visible wound on inspecting his mummy. In 2012, a CT scan was done on his mummy. The scan revealed a deep gushing wound possibly of a knife in the throat of the mummy.

The scan result convincingly ended the speculation of the circumstances of his death and confirmed the hands of his conspirators in his assassination.