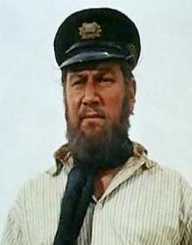 Peter Ustinov is known as one of the greatest actors in English history. Not only an actor but he is also a renowned voice actor, writer, dramatist, filmmaker, theatre and opera director, stage designer, screenwriter, comedian, humorist, newspaper and magazine columnist. He is renowned for his Oscar-winning performance for Spartacus which was released in 1960 and Topkapi which was released in 1964.

Peter Ustinov not only had a very long career which lasted for decades but was full of success. Beyond that, he also served as an ambassador for UNICEF where he was always regarded for his significant humanitarian efforts, and the same lasted until his death in 2004.

Peter Alexander Ustinov alias Peter Ustinov was born on 16th of April in the year 1921 in London, England. He was born to father, Jona von Ustinov who was one of the most renowned and most respected Journalists in England and mother, Nadia who was also an accomplished painter of all sorts.

In his early year, Peter attended Westminster School and after that following his passion, he pursued his studies from London Theatre School.

After completing his studies and after training as an actor, Peter Ustinov started looking for opportunities early in his career after making some efforts in the field of playwriting. Those efforts were fruitful as he made his debut on stage in 1938 when he was just 17 years old at the ‘Players Theatre.’ This quickly rose to fame, and he was being considered as an established actor. He performed the role of an old man in a production by the name of ‘The Wood Demon.’

Throughout his career, Peter Ustinov was always regarded for his unique talent for mimicking various voices and also knowing the knack of showing age affection. Following the same, he got his first major role on screen in the movie ‘The Goose Steps Out’ in the year 1942. For a long career which lasted almost 60 years and where he had more than 70 films all over the world, he was both nominated and honored with various prestigious awards like the Academy Award for the best supporting actor for movies like Spartacus and Topkapi.

Some of his most memorable roles include his turns as a ringmaster in Lola Montes, a comic convict sidekick in “We’re No Angels” and many other amazing parts which were done by him all around his career.

One of the most amazing things to be noted for Peter Ustinov is that his acting was just a part of his impressive resume. He was a much more creative person than a mere actor. Peter was a notable playwright who was appreciated for a number of plays which he had not only written but also played some significant roles in them as well like ‘The Love of Four Colonels,’ “Romanoff and Juliet’ and ‘The Unknown Soldier and His Wife.’

The latter play was also chosen as the opening play for the New London Theatre in the year 1973. He even gave an attempt to directing, and his credits as a motion picture director include the aforementioned “Billy Budd and Hammersmith Is Out.” The best part was that he wrote most of the movies which were directed by him and he even received an Oscar nomination for his screenplay for “Hot Millions.”

Beyond the movies, Peter Ustinov was an excellent storyteller and had a great command over the English Language whether it may be for print media or the live audience. Some of his best-selling works include a collection of short stories by the name of ‘Add a Dash of Pity,’ Krumnagel which was a novel, the historical study of Russia and last but not the least ‘Ustinov at Large.’ Peter was considered as a renowned raconteur where he was acclaimed for his glib and humorous lectures and one-man shows.

After the acting career, he was also chosen as the ambassador for UNICEF in 1969, the role which he played with utmost humanitarian effort using his creative skills. The position was held by him until his death in the year 2004. He was honored many times by the British Empire and was also knighted in the year 1990.