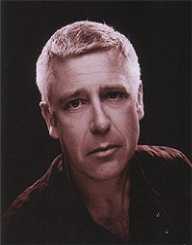 Adam Clayton was born on March 13th, 1960. He was born in Chinnor, Oxfordshire, in England. He is an Irish musician who rose to stardom while playing bass guitar with the band named U2. It was while studying in high school that Clayton met his future bandmates Dave Evans, Larry Mullen, Jr., and Paul Hewson. At some point, Clayton became the manager of the band before hiring Paul McGuiness. Gradually, the group became famous, and 1987 marked their careers turning point with the release of The Joshua Tree.

On March 13th, 1960 Adam Clayton was born to Brian Clayton and Jo Clayton both of whom were of Irish descent. His parents worked in the airline industry. His father, Brian, worked in the army but as a pilot for the Royal Air Force. On the other hand, his mother Jo was a flight attendant. At the age of 4, Clayton and his family had to migrate to Kenya following his father’s job at the East African Airways. During this time, the family settled in Nairobi. Later on, in 1965, they again moved to the Republic of Ireland.

Soon, Adam Clayton began his junior education by attending Castle Park School situated in Dalkey, Dublin. Unfortunately, Clayton did not like this environment as he found it difficult to engage socially with his classmates who loved sports. He loved listening to pop music something that he was restricted to do while at the institution.
With time, he went for his high school education at one of the government schools called Mount Temple High School. It was in this school that he met his future friends and members of the U2 band Dave Evans, Larry Mullen, Jr., and Paul Hewson. Initially, Mullen posted an advert on the school’s notice board asking whether any students might be interested in coming up with a band. This sparked the interest of several students among them including his U2 band members.

After a short period of being the band manager, Adam Clayton transferred these duties to Paul McGuiness. The group went on to become successful after releasing their first few albums such as Boy -1980 and October-1981. Two years later in 1983, they released their third album called War. The album was not only acclaimed for the skills of its band members, but it was also positively received as it ironed out issues relating to human rights. In 1984, they again released another album The Unforgettable Fire which also revolved around political issues.

At the early stages of the U2 band career, they were indeed successful as they received a large following. In 1987, they released an album which most people would later call it a masterpiece. This album was called The Joshua Tree. This was a major success for the U2 band and became a boost to Clayton’s career as a bass guitarist. The band wasted no time as they went on a worldwide tour to promote their bestselling album. This drove a large number of fans to their side. In fact, they became the leading rock-and-roll band during this period. Part of the band’s high acclaim came from the fact that their songs revealed political and human rights issues. In 1985, the band hosted a Live Aid concert that would raise funds to help Africa in dealing with famine. They also performed in 2005 at the Live eight concert held in South Africa. Through their efforts to make the world a better place U2 band gained a spot at the Rock and Roll Hall of Fame.

During the early 90s, Adam Clayton dated Naomi Campbell. After this, he got betrothed to Suzanne "Susie" Smith, but they never got married. In 2013 however, Clayton was fortunate enough to tie the knot with a Brazilian model named Mariana de Carvalho.