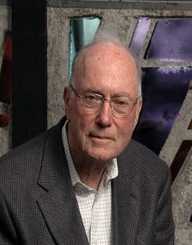 Charles HardTownes gave the world the Laser and the Maser. He was a pioneering scientist in the field of quantum Electronics and developed many Laser devices. Charles Hard was an important advisor to the US government on the Apollo lunar landing program, and his contributions were vital to make it a success. His team was also responsible for the discovery of the black hole at the center of the Milky Way. This discovery provided a new direction for the study and research of black holes.

Charles Hard was a firm believer in the connection between science and religion and believed that the both complemented each other.

Charles Hard was born on July 28, 1915, in Greenville, South California. His star sign was Leo. His father Henry Keith Townes was an attorney who ensured that Charles received a quality education as he grew up.

Charles Hard went to the Greenville public school for high school education, and then attended the Furman University in 1935 where he earned a B.Sc. degree in Physics. He also became a B.A. in modern languages. Two years later, he obtained his Master's degree in Physics from Duke University and then began working towards his Ph.D. from Caltech.

Soon after obtaining his Ph.D., Townes started to work at Bell Laboratories. Charles Hard researched on electronic devices there. After the World War II broke out, he was appointed to work on radar bombing technology. Once the war was over, he took to teaching and joined the Columbia University in 1950 as a professor. There he became the chairman of the Physics department – he held this post till 1955. While waiting to go inside a restaurant, Townes got a brilliant insight - to create intensely concentrated beams of radiation. He used the same principles to create the Laser technology which finds use in so many areas of our modern world. Along with James Gordon, and H. Zeigler, Townes built the first ammonia Maser device at Columbia University in 1953. The device could energize ammonia molecules to produce microwaves at a very high frequency of 24 GHz.

This discovery prompted him to go on and conduct further research and build devices based on the Maser technology. Five years later, in 1958, Charles Hard was successful in developing the technology for Laser. He obtained the patents for Laser and Laser devices in 1960. In 1959, he began advising the US government on defense analysis and continued to do so till 1961. For the next six years, Charles Hard served as a professor of Physics at MIT.In 1966, he began he started advising on the Apollo lunar landing program. His contributions were extremely vital to make this a success. Charles Hard joined Berkely in 1967 and continued to teach there until his death. Townes published two books – Microwave Spectroscopy in 1955 and Making Waves in 1995. Charles Hard also built the Infrared spatial interferometer, which today is now utilized in the search for extraterrestrial life.

Charles Hard received the Nobel Prize in Physics in 1964 along with two other for his discovery of LASER. For his remarkable work, he also received several other awards in the US including – the Comstock Prize in Physics in 1958, the Richtmeyer award in 1959, the David Sarnoff Electronics award 1961, Stuart Ballantine medal 1962, Wilhelm Exner medal in 1970, Niels Bohr International medal 1979, National medal of science 1982, Lomonosov Gold medal 2000, Galileo medal 2004, Templeton prize 2005, Vannevar Bush award 2006, SPIE gold medal 2010, and the Golden Goose award in 2012. Apart from these he also received several other medals and honors throughout his long and eventful career full of discoveries and inventions.

In 1941, Charles Hard became married to Francis H Brown, who as an activist working for the homeless. The couple together produced four daughters – Linda, Ellen, Carla, and Holly. Charles Hard was a deeply religious man and believed that Science is a way for humans to understand the religion just as much as religion is a way to understand the universe.