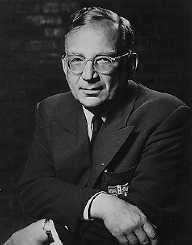 George Paget Thomson was a renowned physicist born in 1892. He was the physics Nobel Prize winner in 1937. He shared the prize with his associate Clinton Joseph Davison. They were both masterminds behind diffraction of electrons through crystals discovery which earned them the award. He participated in both first and Second world war. He was among Britain’s war effort during the First World War. George Paget Thomson dedicated much of his time and efforts in ensuring the stability of airplanes improved. During the Second World War, he was appointed the chairman of MAUD committee to research Atomic bombs.  Among his successful experiments was electron diffraction.

George Paget Thomson was born on May 3, 1892. His place of birth was in Cambridge, Cambridgeshire, England. His father was Sir Joseph John Thomson and mother Rose Elisabeth Paget. Like father like son, Joseph was also a Nobel Prize winner in physics during his time. This was for his electron discovery. He was as a physics professor at Cavendish Laboratory in Cambridge during George’s birth. George Paget Thomson had a sister Joan Paget Thomson. She was 11 years younger than him. His mother was a one-time physics student at Cambridge.  His grandfather from his mother’s line was a physician and a professor at Cambridge. His name was Sir George Edward Paget.

George Paget Thomson enrolled in The Perse School for his secondary education. This was a secondary school In Cambridge. He developed a keen interest in boats while at school. He would make boat, cannons and submarines models and place them in pools to float away. He later joined Trinity College in 1910 upon completion of his secondary studies. He studied mathematics in his first and second year. He then pursued physics in his third year.  He later attained his post-graduate degree from Cavendish Laboratory in 1914.

With his father as a mentor, George Paget Thomson began his research work in 1911. His first research was on charged fragments of molecules. Besides his father George was also mentored by other scientists as well among them were the likes of W. L. Bragg and Charles Thomson.

George Paget Thomson began his career at Corpus Christi College in 1914. He was a lecturer in mathematics. He joined Queen's Royal West Surrey Regiment in France when the First World War started. He served for a while before heading to Farnborough to work on aerodynamics at Royal Aircraft Factory. In 1916 he was presented with Smith Prize to honor his successful aerodynamics contributions. He later lectured at Corpus Christi College in Cambridge in 1920. While lecturing at the college, he also continued with his researches. From 1922 to 1930 he joined University of Aberdeen. He served as a physics professor while carrying on with his research on electrons.

George Paget Thomson discovered electron diffraction in 1927 after years of doing thorough research on electrons. This earned him a Nobel Prize. He took a part-time lecturing job at the Conwell University in New York in 1929. He worked for only one year upon which he joined Imperial College. He joined the college which is situated in London in 1930. It was then that his continued research on electrons led to the establishment of the electron microscope.

During the Second World War, he became chairman of Military Application of Uranium Detonation-MAUD in 1940. His role was to research to determine if atomic bombs could be made. By 1941 a conclusion had been made that indeed atomic bombs could be made. He traveled to the US to deliver the findings to American scientists. He returned to England a year later after serving as a Scientific Liaison Officer in Ottawa. He became assistant chairperson of Radio Board upon his return. He later served at Corpus Christi College in Cambridge where he retired in1962.

George Paget Thomson wedded Kathleen Buchanan Smith in 1924. They were blessed with four children. Kathleen passed away in 1941.

George Paget Thomson took his last breath at the age of 83 on September 10, 1975. He died a natural death in Cambridge England.