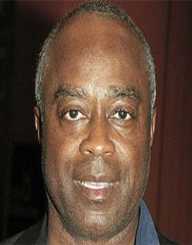 Charles Burnett was born 13th April 1944, in Vicksburg, Mississippi, in the United States. His father was in the military; his mother was a nurse’s aide. In 1947, the family moved to Watts, in South Los Angeles. Burnett began his college studies at Los Angeles City College, with the ambition of becoming an electrician. He soon realized it was not the career for him.

Burnett enrolled in a writing class and then enrolled at the University of California in Los Angeles, where he earned his Bachelor of Arts degree in writing and languages. He continued his study by enrolling at the UCLA film school to earn his Master of Fine Arts degree in theater arts and film. His fellow students became friends and colleagues. The UCLA filmmaking movement became known as the Black Independent Movement. The films produced by the group were very relevant to the culture and politics of the 1960s.

The independent writes and directors moved away from the mainstream and received critical praise for remaining true to their African-American history.

Charles Burnett and the group were responsible for the establishment of the Third World Film Club, which joined with other groups in successfully ending the American boycott that banned cultural exchange with Cuba.

Charles Burnett was a director, actor, producer and screenwriter.

Some of his earlier movies included Killer of Sheep (1978), My Brother’s Wedding (1983), and To Sleep with Anger (1990). In addition to his movies, Burnett also made many documentaries. These included America Becoming (1991) and Dr. Endesha Ida Mae Holland (1998). The first was a documentary commissioned by the Ford Foundation, concentrating on cultural diversity in the U.S. The second documentary was on a civil rights activist.

Burnett also had involvement in many shorts, including Quiet As Kept (2007), about a family that had to relocate after Hurricane Katrina, and When It Rains (1995), about a musician helping his friend pay her rent.

Charles Burnett has received several grants, including from the Rockefeller Foundation and the J.P. Getty Foundation.

He has also won such awards as the Freedom in Film Award, and the Paul Robeson Award for his achievement in cinema.

In 2017, he received a Governor’s Award from the Academy of Motion Picture Arts and Sciences.