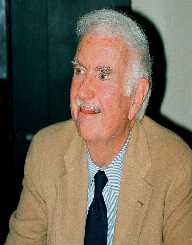 Robert James Keeshan was born 27th June 1927, to Joseph and Margaret Keeshan. He was born in Lynbrook, New York, in the United States.

In 1945, Keeshan joined the United States Marine Corps Reserve to serve in World War II. Due to the Japanese surrendering, he didn't have to fight at the front.

Keeshan then studied at Fordham University and Hillsdale College, thanks to the GI Bill.

Keeshan moved into acting on television soon after the war finished.

His first role was Clarabell the Clown in Howdy Doody. Keeshan debuted in January 1948 on the show, and he stayed until 1952.

Keeshan's second role was also that of a clown. He played Corny the Clown on a new program for children called, Time for Fun.

The CBS network was looking for new children's shows to fill the programming slots. Keeshan developed the concept of Captain Kangaroo, and when he submitted it to CBS, they loved it.

The show began airing in October 1955, with Keeshan acting in the title role. The show proved extremely popular, and Keeshan hosted the show for almost 30 years.


Failing Health and Return to Work

After disembarking from a plane in July 1981, Keeshan had a severe heart attack. He underwent successful surgery.

From 1981 to 1984, CBS continually changed the scheduling of Keeshan's show. It was originally an hour long and then became a 30-minute show. The show moved to early Saturday morning and then moved to an even earlier time of 6.30 am. CBS then changed it to air once a week for an hour, and then once a week for 30 minutes.

Keeshan's contract finished in December 1984, and he didn't renew it. CBS offered him another role as host of Storybreak, which he accepted.

Among his many awards and honors, Keeshan has five Emmy Awards, Three Peabody Awards, and a National Education Award.

In 1990, he became an inductee into the Clown Hall of Fame.

Keeshan married Anne Jeanne Laurie Keeshan in 1950. They had three children and were still together nearly 45 years later at the time of Anne's death.