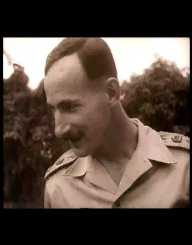 Edward Dunlop was born on July 12, 1907. He was a surgeon. He was captured by the Japanese during the Second World War. He became famous for his bravery in captivity.

Edward Dunlop was born on July 12, 1907, in Major Plains in Victoria. He was born to James and Alice. He was brought up alongside one sibling, Alan. He went to Stewarton Public School. He also attended Benalla High School. In 1924, he became an apprentice in chemistry. In 1927, he moved to Melbourne where he attended Victoria College of Pharmacy. In 1930, he got a scholarship to study medicine at Ormond College in Melbourne University. In 1934, he graduated from the college with a first class honors in pharmacy and medicine.

In 1935, Edward became a junior resident at the Royal Melbourne Hospital. In 1936, he became a senior Surgical Resident. The following year he became a Resident at the Children’s Hospital. The same year also saw him graduate as a Senior Surgical Resident. In 1938, he sailed to London where he joined St. Bartholomew’s Medical School. He later became a Fellow of the Royal College of Surgeons. World War II began when he was working as a surgeon at St. Mary’s Hospital in Paddington. In 1939, he became a captain after joining the Australian Army Medical Corps. He later became a medical officer at the Australian Overseas Base in Jerusalem. He was later appointed as an acting assistant director of Medical Services. In 1940, he became a Major. He later worked in Greece and Crete as AIF Medical Liaison Officer.

In 1942, he was transferred to Java and promoted to Lieutenant Colonel. Edward and other doctors were later captured by the Japanese, and he became a prisoner of war. He was captured while working at a General Hospital at Bandung. He was a great leader that he was put in charge of prisoner of war camps located in Java. He was later transferred to Singapore together with other Australian prisoners. In 1943, he was sent to Thailand in charge of Dunlop Force. He was sent to Dunlop Force to work on the Burma Thailand railway. The prisoners of war were subjected to hunger, torture and bad working conditions. Edward worked so hard to ensure that he gave medical services to those prisoners who were ill. In 1945, after the end of World War II, he was appointed Lieutenant Colonel.

In 1946, he was demobilized. In the same year, he set up his own private medical practice. In 1956, he was appointed a Consultant Surgeon to the Peter MacCallum Clinic. In 1964, he became a senior consultant at the Royal Melbourne Hospital. In 1973, he became the medical officer for the British Phosphate Commission.

In 1940, he got engaged to Helen Ferguson, but he married her few years after World War II. They had two sons together, that is, Alexander and John. He passed away on July 2, 1993. He died at the age of eighty five.