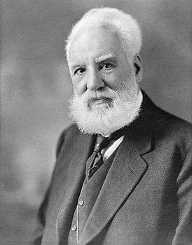 Martinus J. G. Veltman is a renowned theoretical Physicist from the Netherlands. He is mostly known for his contribution to Yang-Mills theories.

Martinus J. G. Veltman won the Nobel prize in 1999 together with his former student called Gerardus `t Hooft, as a result of their work on particle theory. Beginning Veltman's post-graduate education at a low note due to his low school grades, he had no choice but to join the University of Utrecht with Physics.Veltman later graduated and did some small jobs before earning his Ph.D. when he was about 32 years of age.

Martinus J. G. Veltman then joined SLAC National Accelerator Laboratory, and it was during his time there that he came up with that later provided the foundation for the formation of the electroweak theory.

Martinus Justinus Godefriedus Veltman was born on 27th June 1931 in Waalwijik, Netherlands.His father worked as a primary school head, and his maternal grandfather worked as a contractor and owned a café. Veltman had five siblings and was the 3rd youngest.He went to school at a local elementary institution.

In 1940, Martinus J. G. Veltman's hometown was invaded by the military, and their classes at school were improvised to become military barracks. Veltman joined high school in 1943. While there, his grades were not impressive, partly because they were forced to learn at least three foreign languages and Veltman did not like languages. At the time, Veltman liked electronics and used to repair radios.

Martinus J. G. Veltman graduated in 1948 with relatively low grades. Due to the grades, Veltman was not able to join a medium level technical Institution in Hertogenbosch by the educational system. However, Veltman's physics teacher came to his aid and recommended that he should join University of Utrecht with physics, which he gladly obliged.

At the time, there were very few good lectures, which significantly affected Martinus J. G. Veltman's interest in the subject. Hence Veltman completed the course in five years and got a job as a teacher at a technical school, but worked on a part-time basis only. Slowly, Veltman began developing an interest in physics courtesy of some articles and theories he read, for example `Meaning of relativity by Albert Einstein.’ Veltman was later offered a job as an assistant professor, working under Professor Michaels. In his responsibility as the associate professor, Veltman was able to meet many renowned physicists, who inspired him.

In 1955, Martinus J. G. Veltman went to Utrecht whereby he got a job under Leon Van Hove and pursued further studies at the same time. Hence, he graduated in 1956 with a master’s degree. Veltman was later called up for military duty, whereby he served for two years. He then got back to Utrecht and pursued his Ph.D. under Leon Van Hove. Also, Veltman undertook some extra courses in Naples and Edinburgh so that he could be able to work on Particle physics. Van Hove was appointed the director of a theory department in CERN, Geneva. Hence, Veltman joined him in the department. Veltman later attained his Ph.D. in theoretical physics in 1963.

Martinus J. G. Veltman began his career in 1963 at `SLAC National Accelerator Laboratory’ in Stanford University, California. While there, he came up with a computer program called the Schoonschip. The program was able to perform symbolic manipulations, especially of algebraic mathematical problems. During the current era, Schoonschip is regarded as the first computer algebraic system. Veltman went back to CERN during the following year.
In 1966, Martinus J. G. Veltman was employed at University of University of Utrecht as a professor. He taught theoretical physics and also served as the editor of a magazine called `Physics Letter.’

N 1968, Veltman paid an educational visit to Rockefeller University. While there, Veltman was able to begin one of his most significant works that led to the Nobel Prize. Also, Veltman was invited by Philip Meyer and Claude Bouchiat to Orsay, France. While there, Veltman researched and developed his work further for the rest of the year. When he got back to Utrecht, Veltman formed a group of researchers so that he could improve his work also. In his service as a professor, he contributed significantly to the development of the educational system and advocated for better computer systems.

In 1969, a Ph.D. student named Gerardus `t Hooft joined Veltman's  research group. Hooft selected the ‘renormalization of Yang-Mills theories’ as his dissertation, and Veltman was excited by this since it was an opportunity to work with him, due to the similarity of their projects. Together, they collaborated intensely and later came up with the method of dimensional regularization, and illustrated how Yang-Mills theories could be normalized. As a result of their work, they became widely recognized and later won the Nobel peace prize.

In 1979, Martinus J. G. Veltman was offered membership at a faculty at University of Michigan. However, Veltman could not spend a lot of time there and left after a few months due to unavoidable circumstances. However, Veltman got back to the university in 1981 and was voted into the lucrative position of chairperson of John D and Catherine T McArthur. Veltman worked at the University until his 1996 retirement. During this time, Veltman always had ties with various universities in Europe, for example, the University of Madrid.

Martinus J. G. Veltman became part of the `Royal Netherlands Academy of arts and sciences’ in 1980.

He won the Nobel Prize in Physics with Gerardus `t Hooft in 1993. This was due to their work on the `quantum structure of electroweak interactions.’
-The Asteroid 2066 T-1 was named to honor and remember him on 25th March 1971. It is known as Asteroid 9492 Veltman.

Martinus J. G. Veltman married a lady called Anneke in 1960, and they had three children together, namely Helene, Hugo, and Martin. Helene studied physics but currently works in the banking sector, Hugo owns and operates a restaurant while Martin is in the acting industry in Hollywood. Helene and Hugo reside in the US while Martin is in London.

After retirement, Veltman moved back to Bilthoven, Netherlands. In 2003 he came up with a book called `Facts and mysteries in Elementary Particle Physics.’