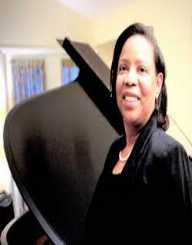 Sharon Preston was born on June 24, 1955, in Harlem, New York, United States. She is an American media sales executive and prolific author. The legendary jazz trumpeter Louis Armstrong believed that she was his daughter and Sharon also attested to the claims. Armstrong is believed to have had an affair with her mother dancer Lucille Preston whom he gave financial support before and after Sharon was born. Sharon also revealed the family secrets in her memoir which she wrote and published in 2102

Sharon Preston-Folta was born on June 24, 1955, in Harlem, New York. She is the daughter of a renowned dancer Lucille Preston who was nicknamed ‘Sweetie.’ Her father is believed to be the much celebrated and famous jazz trumpeter Louis Armstrong who had a romantic relationship with her mother. The two met at a jazz musical concert in the 1940s when Lucille was married to Luther Preston. The couple performed dances together in different events, and it is here that Louis met the couple and became a family friend.

In their subsequent performances, Louis would play the trumpet while Slim and Sweets as they were known would perform dances. However, Luther died from cancer leaving Lucille widowed early. Louis comforted Lucille, and in the process, a relationship thrived between the two. In 1954, Lucille became pregnant, and upon notifying Louis, he was so happy to have a child. He referred to the unborn child as ‘Little Satchmo’ a name he loved using.

At the age of seven, Sharon Preston moved to Vernon, New York with her mother to live in a house that Louis had bought them. Occasionally, alongside her mother joined Louis in several of his performances in and out of New York. Although, Louis was still married to his wife Lucille Armstrong he cared for Lucille Preston and Sharon. In 1967, her mother and Louis fought over his relationship with his other wife which led to the two going separate ways. Sharon never saw her father for a while until she met him in 1968 in Manhattan when he was performing.

Sharon Preston went through regular education as a teen and loved music while handling different types of instruments. At the age of sixteen, through the media reports, she was informed that her father Louis had passed away. Louis had written a will that fell on Lucille Preston but never indicated that he had a child, therefore, locking Sharon out from the inheritance of his estate.

Sharon continued with her studies through to College where she studied marketing. She moved to Sarasota, Florida where she used a fake identity as a radio advertising agent to secure a job. She was later employed as a media sales executive.

Sharon Preston got married and adopted the name Preston-Folta and has a son. She decided to tell the world about herself and reveal her real identity. She revealed the letters that Louis Armstrong had written to her mother before he died. She later wrote her memoir in which she expressively revealed what happened between her mother and Armstrong. In the letters, she refuted the claims that Armstrong was sterile and could not bear children.

She stated that her mother had no other child before meeting Armstrong and that she was faithful to him. She was their only child whom they referred to as a ‘miracle baby’ when she was born. In the letters Armstrong wrote to Sharon’s mother, he revealed his conviction that he was attached to her as his child.

In 2012 Sharon Preston published her memoir titled ‘Little Satchmo: Living in the Shadow of My Father Louis Daniel Armstrong’ co-authored by Denene Millner. She is currently sixty three years old.