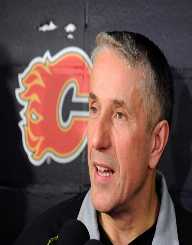 Unlike most coaches, Bob Hartley never played hockey before he began coaching. He was working full-time on an assembly line in his home town of Hawkesbury when he took over coaching one of the local junior teams. He took the team on to win the championship, and the publicity then got him noticed with Laval Titan. Laval Titan played in the Quebec Major Junior Hockey League, and Bob Hartley took over as their head coach. He had a very successful two years with the team, and led them into the Memorial Cup in 1993.

Bob Hartley  then moved on to the Cornwell Aces, who played in the American Hockey League, as the assistant coach. The head coach moved to another team the following year, and Bob Hartley  was promoted into his position. Over the next three years, the Aces won two division titles.

The parent team, the Quebec Nordiques, changed their name to the Colorado Avalanche. They relocated and became affiliated with the Hershey Bears. Bob Hartley  moved with them and became the head coach of the Bears. He got them into the playoffs on four occasions, and also led them to a Calder Cup title in 1997. His career at the Bears was very successful by anybody’s standards.

In 1998, Bob Hartley  was hired as the second head coach of the Colorado Avalanche team. Although his tenure got off to a rocky start, he soon gained momentum and went on to have great success with the team. In his third season, he took the team to a Stanley Cup victory. He left the Avalanche in 2002, and the 193 games won under his coaching were a club record.

A month after leaving the Avalanche, Bob Hartley  was appointed as the second head coach for the Atlanta Thrashers. His results with the Thrashers were mixed. Injuries plagued the team, and although the team played milestones under Hartley, such as reaching the playoffs, the team also performed poorly in home and away matches, and Bob Hartley  was eventually fired in 2007.

In 2011, Bob Hartley  signed on as a coach for the ZSC Lions. He took the team to a win of the 2012 Swiss championship, but then returned to the National Hockey League in the U.S, using the out clause in his contract..

Bob Hartley  is married to Micheline, and they have two children – a son called Steve, and a daughter called Kristine. Steve is following in his father’s footsteps, and is a successful hockey coach in his own right.