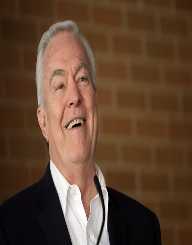 Bill Kurtis is an American journalist, editor and news anchor who has dedicated more than forty years of his life in the relentless pursuit of the truth for the people and the mass media.

Famous for serving as the anchorman of CBS morning news, Kurtis is also an accomplished television producer and author of his own rights. He is responsible for Investigative Report and the Cold Case Files for the A&E TV Network which earned him an Emmy nomination for the latter show.

Kurtis is married to his second wife Donna La Pietra. La Pietra formerly worked as the Chicago News producer has been his partner for forty years.  Helen, his first wife, died of breast cancer on June 11, 1977, at the age of 36 in Omaha, Nebraska.

He has 2 children named Scott and Mary Kristin. Scott, who suffered from paranoid schizophrenia way back into his younger years died at the age of 38 on July 20, 2009.


The Man With Croatian Origins

Born as William Horton Kuretich on September 21, 1940, in Pensacola, Florida, his father was William A. Kuretich while his mother’s name was Wilma Mary Horton. His father has Croatian blood on his lineage and served in World War II as a highly decorated brigadier general of the US Marine Corps. He has a sister named Jean who later served as Kansas State Majority Whip in her later years.

Growing up, Kurtis has always leaned towards journalism and media coverage and started working at a radio station called KIND in Independence at the age of 16. Upon graduating from his high school alma mater of Independence High School, he pursued his passion for journalism and enrolled at the University of Kansas. He graduated at the university in 1962 with a bachelor’s degree in journalism. Around this time, Kurtis developed an interest in the legal world and decided to enroll at Washburn University School of Law.  While working on his doctorate degree, he juggled law school and part-time work at a local TV station in Topeka, Kansas. He obtained his doctorate degree in 1966 upon graduating from the university.

The Career Shift From Law To Journalism

Following his graduation at Washburn, Kurtis took and passed the bar examinations and he was also admitted to working at a law firm in Wichita. However, upon further discussion, he opted to go back to his original passion involving journalism and media coverage.

Kurtis has covered a number of controversial news such as the Charles Manson trial which he covered for a span of 10 months, the neighborhood arsons that took place after Martin Luther King Jr.’s  assassination, the war on Vietnam, and the trial of Daniel Ellsberg who was is believed to have released sensitive information regarding the Pentagon.

Besides his work as a local TV News personality, Kurtis also did his share on the literary side of his work. He authored his first book entitled Bill Kurtis on Assignment which was published in 1983 followed by The Death Penalty on Trial: Crisis in American Justice which was released in 2004.