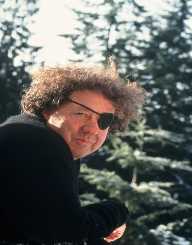 Dale Chihuly is best known for his artistry working with glass. he American artist is noted as a living legend when it comes to glass sculptures.

Dale Chihuly was born on September 20, 1941, in Tacoma, Washington. His father was a meatpacker, and his mother was a stay-at-home mom.  He had a brother who died in a flight training accident while serving in the U.S. Navy in 1957.

In 1958, Chihuly's father died suddenly. Despite his hardships during this time in his life, his mother encouraged him to continue with his studies.

Dale Chihuly is a graduate of Woodrow Wilson High School. After that, he enrolled in the College of Puget Sound.  Chihuly later attended the University of Washington.  He graduated with a degree in interior design in 1965.

Dale Chihuly continued his education at the University of Wisconsin-Madison. There he mastered in sculpture and earned his Master of Science degree in 1967. The following year he earned his Master of Fine Arts degree through Rhode Island School of Design as a Fulbright Fellow in Venice.

After he completed his degree at the Rhode Island School of Design, he started working there in 1969.  In the glass department, he was able to work on glassblowing techniques and artistic designs.

Two years later he returned to Washington state where he founded the Pilchuck Glass School.

In 1976, his career took a turn after a car accident in England.  He went through the windshield, cutting his face with a glass. While his body recovered, he lost all vision in his left eye.

Another tragic blow to his career came after an accident while bodysurfing.  He dislocated his right shoulder, which impacted his ability to blow glass. Rather than quit his life work that was receiving positive critiques and recognition, Chihuly developed a team to continue blowing glass while he worked on the design elements.

His work includes familiar objects such as baskets and orbs as well as large-scale work such as chandeliers and glass ceilings.

Dale Chihuly continues to design and supervise glass sculptures and glasswork that is found in different parts of the world.

Dale Chihuly married Sylvia Peto in 1987. They divorced in 1991. He later married Leslie Jackson in 2005.  Together the couple has a son.

Dale Chihuly established the Seniors Making Art organization in 1991. The purpose of the group was to provide free art classes to senior citizens. The nonprofit organization raises money through the sales of the founder's artwork.

Dale Chihuly lost his eyesight in his left eye in a car accident.  He also dislocated his right shoulder which permanently impaired his ability to blow glass.

Despite these disabilities, Chihuly adapted his career and continued designing his work and supervising his team of glass blowers.