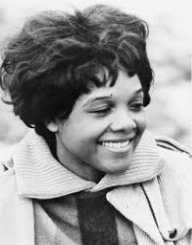 Anne Moody is one of the female African American luminaries of the civil rights movement in the US. Her zeal to succeed in the resistance of the racial injustices led her to join the movement in her school days.

Born on September 15, 1940, in Centerville Mississippi, Anne Moody was the firstborn in the family of eight siblings. Her parents were Fred and Elmira Moody. At birth, her parents named her Essie Mae Moody. She adapted the name Anne in her youth. By the time Moody got to her 5th birthday, her parents were already divorced. With only her mother left, Moody was forced to start working in her childhood. The only job she could get was a domestic worker in the white homes around.

After her elementary school, she joined Natchez Junior College on a basketball scholarship. She graduated top in her class in 1961. Her good grades enabled her to get an academic scholarship to study at Tougaloo College. Moody graduated with a Bachelor’s degree in Science in 1964.

Anne Moody experienced racial inequality from her childhood. She went to through segregated education system. Racial crimes against the African American community were pardoned by the security or the justice system. This harsh reality drove her to join the civil rights movement early in life. As a college student, she involved herself with the Congress of Racial Equality.

Apart from that, she also joined the National Association for the Advancement of Colored People. Despite graduating with a prestigious science degree, Moody chose to venture in the volatile world of resistance. She dedicated her time in working for the movement. She was at the forefront in the organization of many demonstrations.

Anne Moody was involved in the protest at Woolworth Cafeteria in 1964. Moody and some of her friends were protesting against the management not allowing blacks in the cafeteria. As her star rose in the movement rose in Mississippi, Moody decided to move out of the southern US. She was at the Washington march during the iconic Martin Luther King; I Have a Dream speech.

It was in the north that she changed her conviction to the movement. The white community in the north was more liberal and accommodating. Eventually, she got married to a white man from New York. She briefly lived and studied in Germany from 1972 to 1974. She returned to the US and continued with her equality movement.

Having noticed that the demonstrations were being met with brute force, Anne Moody decided to change tact. In 1968, she wrote the much-acclaimed book Coming of Age in Mississippi. In this autobiography, Moody narrates her own life and the struggles of the civil rights movement. In 1974, she wrote another book, Farewell to Too Sweet. This was a dedication to her biological mother whose nickname was Too Sweet.

Apart from the two books, she also wrote two others. These were Mr. Death which was written in 1975 and The Clay Guilly which was unpublished at the time of her death.

Anne Moody was married to Austin Strauss in 1967. This came as a disappointment to many in her Mississippi. The couple had a daughter called Sascha in 1971. Her marriage to Strauss ended in divorce in 1977. After the divorce, she moved to New York. Moody continued living in the city until her relocating to Mississippi in the mid-1990s.

One irony followed her. Though very outstanding in the organization of street demonstrations, she never had interviews with reporters.

For her efforts in the publication of her autobiography, Coming of Age in Mississippi, Anne Moody got two awards. The National Council of Christians and Jews honored her with the Brotherhood Award. She was also recognized by the National Library Association, which gave her the Best Book of The Year Award. Both honors came in 1968.

Unlike many other young people, she chose to work her way out of the impoverished inner cities. Without anyone to fund her tuition, she pushed through her education with a basketball scholarship. Eventually, she graduated with honors in science.

Her books are widely studied by the young American society today. Through the books, the readers are transferred back to the struggles of the 1960s civil rights years.