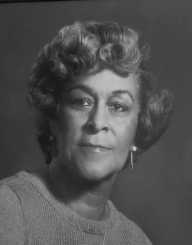 Betty Williams was born 22nd May 1943, in Belfast, Northern Ireland. She came from a mixed religion home, which was very rare at the time in Northern Ireland. Her father was Protestant, and her mother was a Catholic. Betty Williams attended St. Teresa Primary School when she was young, and her high school studies were completed at St. Dominic’s School.

When she finished her education, Betty Williams found a position as an office receptionist. In 1976, Betty Williams became involved in an incident that forever changed her life. She was driving in her car with one of her children when she heard gunfire. Betty Williams turned the corner and saw the three Maguire children who had been hit by a car. The car was being driven by an IRA fugitive, who was later killed by police.

Betty Williams felt she had to do something about the killing of innocent children through violent conflict, and within two days, she had 6,000 signatures on a petition for peace. She received large press coverage over her actions. She co-founded the Women for Peace movement, which later became The Community for Peace People. The other co-founder was Betty Williams’s fsriend, Ciaran McKeown.

In 2000, Betty Williams was one of the founding members of the Nobel Laureate Summit, which takes place on an annual basis. In 2006, she became a founder of the Nobel Women’s Initiative, along with five other female Nobel Peace Laureates. The six women represent North and South America, the Middle East, Europe, and Africa. They work towards peace with justice and equality.

Betty Williams also heads the Global Children’s Foundation and is the appointed President of the World Centre of Compassion for Children International. As a Distinguished Visiting Professor at Nova South Eastern University, Betty Williams lectured on a wide variety of topics, including, peace, inter-cultural and inter-faith understanding, anti-extremism, and children’s rights.

Betty Williams has won various awards for her efforts in working towards peace, and some of these include:

1976:   Awarded the Nobel Peace Prize, in conjunction with her friend, Mairead Corrigan, for her efforts for peace

Betty Williams married Ralph Williams in 1961. The couple had two children, a son, Paul, and a daughter, Deborah. They later divorced.