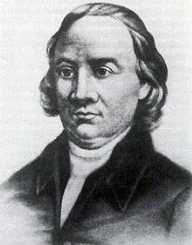 John Morton was a rural farmer and land surveyor from the colony of Pennsylvania. He later became a prominent politician and one of the founding fathers of the USA.

John Morton was born in 1725 in what is now Delaware in Pennsylvania. His father John Morton Sr. was a descendant of Swedish colonists in New Sweden. His mother Mary Archer was a descendant of Finnish colonists who came to the New Sweden colony. Morton is an English variation of his ancestral Sweden name Martensson. Morton never met his father. Morton Sr. died before he was born. He was brought up his single mother until she remarried an Englishman John Sketchley.

Morton was homeschooled by his stepfather. He got a brief formal education for about three months. His stepfather taught him mathematics, reading, and writing, when he was old enough, he learned map reading and land surveying.

In 1748, Morton married Ann Justis. The couple had nine children, three sons, and five daughters. These were Aaron, Sketchley, and John. The daughters were Sarah, Lydia, Elizabeth, Mary, and Ann. His two sons, Sketchley and John fought in the American war for independence.

Morton was devout Christian and committed member of the Anglican Church. He served the community and the church congregation and earned the respect of the society.

In 1756, He was elected to the colony’s Provincial Assembly. In 1757 Morton was again elected the Justice for the Peace. This was a judicial officer who was mandated to enforce peace and harmony in the community. He stayed at the Justice office until 1764. In 1765 Morton was part of the colonists’ delegation to ratify the opposition to the British Stamp Duty Act.

In 1766 he resigned from his elective seat in the assembly. He became the Sheriff of Chester County. Three years later he was reelected to the Provincial Assembly. He served as a representative until 1775. In 1774 he was elected to the Supreme Court justice in Pennsylvania. Morton was elected the Speaker of the Assembly in 1775.

When the clamor for independence gained its momentum, Morton was elected as a delegate. He represented Pennsylvania to the First Continental Congress held on October 26, 1774, in Philadelphia. The meeting was a congregation of representatives of 12 out the 13 colonies which opposed the repressive laws by London. He was again elected as a delegate to the Second Continental Congress held in Philadelphia in 1775. The second meeting resolved to declare independence from Britain. The delegates drafted an independence constitution. It was also called the Pennsylvania Constitution of 1776.

In June 1776 the delegates started debating on the draft. The raging debate split the delegates into two camps. Morton was undecided. When the vote was called the delegates were heading for a tie. On July 2, 1776, Morton voted in favor of independence. In the yes camp, Morton was with Benjamin Franklin and James Wilson. Franklin later became president of the USA. The advocates for independence won the vote. He was one of the first to sign the document on August 2, 1776. Morton was chosen to chair the committee responsible for drafting the Articles of Confederation. This was the first constitution of the independent USA. The final document was ratified in 1777. Its reading sparked the American War of independence.

Morton was a pragmatic politician. Though he wanted independence from Britain he was wary of the draft declaration document. He delayed declaring his stand, thus attracting more lobbying form other delegates. When the vote was called he was sure that Pennsylvania was better as an independent state within the US confederation union. Philadelphia and Morton played a key role in the establishment of modern USA. It hoisted the two crucial congresses and provided the swing winning vote.

In April 1777, Morton died in Chester Pennsylvania of tuberculosis. He was buried in the church compound at the Old St. Paul’s Church. The founding chairman of the independence constitution did not live to see the final prize, total independence from Britain. In 1845, the Morton family clan erected an obelisk on his grave to honor the American founding father.

It is vital to note that Morton had no formal education. Even so, he served his community in elective positions which required highly educated people. He was speaker of the Assembly and judge of the Supreme Court. The two positions are the reserve of practicing lawyers. Morton was the chairman of the committee drafting the original constitution. In the congressional meetings, he was debating against seasoned lawyers and well-educated men.