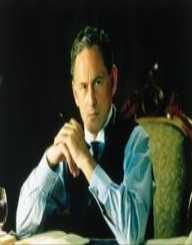 Thomas Andrew born in Comber, County Down, United Kingdom on 17th February 1873 is remembered as the chief engineer in the manufacturing of the RMS Titanic. He was especially applauded for his selfless efforts to save the women and children on the ship. He was the managing director of Harland and Wolff Ship Company until he met his untimely death.

Thomas Andrew was the chief designer and manufacturer of the RMS Titanic. The RMS Titanic was a passenger ship belonging to the White Star shipping line. It was one of the worst peace maritime tragedies where over 1500 people perished. He died on 14th April 1912 on the Titanic ship tragedy.

Thomas Andrew was born on 17th February 1873. His was of Scottish origin but regarded himself as a Briton. He was enrolled at the Royal Belfast Academic Institution where he learned different languages. There was a school enrollment code that recruited boys between 11years and 18years. Andrew, however, left the school and became an apprentice in Harland and Wolff Company. It was quite easy to get an opportunity as his uncle was a major shareholder of the company.

He trained at different departments while in the enterprise. He is mainly talented thus he attracted the attention of the management. In 1901 he was appointed the head to oversee all the construction works in the company. In the same year, Thomas Andrew enrolled as a member of “Institution Naval Architects.”


Career as a ship engineer

In 1907, Thomas Andrew became the managing director of Harland and Wolff Company. He immediately began supervising the plans to build the superliner Titanic Olympic and RMS Titanic. He oversaw the design and approved their manufacture beginning 1909.  As his work dictated, he inspected every step in their production. Andrew tabled a suggestion that the two Titanic ships should have more lifeboats.

However, his suggestions were declined. It was a tradition that every new ship must be accompanied on its first journey for obvious reasons such as checking on its functionality. The maiden voyage was superstitious and intended to ensure the vessel was well built and was safe to ferry passengers.

Therefore, Thomas Andrew appointed an inspection group from Harland and Wolff to accompany him on the maiden voyage. The RMS Titanic left Southampton for New York on 10th April 1912. It was carrying about 1200 passengers including the ship crew. Survivors recalled spotting Andrews on most compartments as he wrote down the ship monitoring data and findings. He noted a few changes which ought to be done. One survivor said that Andrews commented that the liner was so perfect as compared to other ships they had made.

Unfortunately, on April 14, 1909, the ship swayed and hit an iceberg approximately twenty minutes to midnight. Thomas Andrew barely noticed it as he was in his storeroom working. The ship captain summoned him to assess the damage. Judging from his knowledge of building technology he knew that the ship would sink in roughly one hour. The lower compartments were already flooded. Andrew swiftly went from one chamber to the other urging everyone to leave the boat.

The survivors of the RMS Titanic describe him as a selfless individual. Thomas Andrew knew very well that the lifeboats on the ship could not save everyone on the boat. Nevertheless, he embarked on a mission to save the others especially the children and women. Moreover, in the last minutes just before the ship sank, some survivors recall he was still urging the people who were reluctant to leave the boat to get into the lifeboats.

Thomas Andrew married Helen Reilly Barbour on June 24, 1908.Their daughter Elizabeth Law Barbour Andrews was born in November 1910. Helen Barbour was from a prominent family a fact that made her received a lot of National attention when her husband died. After an extended period of mourning she remarried.

However, she died on 22nd August 1966 in North Ireland. Sources have it that Andrew took his wife to see the RMS Titanic just a night before their daughter Elizabeth was born. Helen recalls commenting how big the Titanic ship was. It was the largest ship afloat in its time.

Despite his relentless efforts in evacuating people from the ship, Thomas Andrew did not survive the ordeal. He died in the wreckage on 14th April 1912. His remains were never found.

Shan Bullock published a book “Thomas Andrews; shipbuilder” in memory of the famous legend of the RMS Titanic Thomas Andrew. Several towers and streets have been named after him.