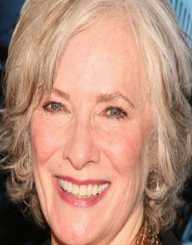 Betty Buckley is an American actress and singer, best known for her role in the show Eight is Enough.

Betty Lynn Buckley was born in the town of Big Spring, Texas, on July 3, 1947. She was raised in the city of Fort Worth. Her mother, Betty, was a journalist and dancer. Her father, Ernest, was a lieutenant colonel in the U.S. Air Force. She graduated with a degree in journalism from Texas Christian University.

Betty Buckley began singing in church and taking dance lessons when she was just a toddler. She also took part in a talent show in junior high school. She made her stage debut at the age of 15, in the play Gypsy. She continued performing in smaller stage productions. In 1966, she scored the second place on the Miss Texas beauty pageant. That got her invited to the Miss America pageant.  There, she was spotted by a talent agent from New York City. She got an audition, and she signed with the International Famous Agency. After graduation, she spent some time working as a reporter for a local newspaper in Fort Worth. Soon after that, she moved to New York City.

Buckley got her first role on Broadway in 1969. She played the role of First Lady Martha Jefferson in the musical 1776. She continued her stage work, starring in different plays. She even got a job overseas, in the musical comedy Promises, Promises, performed in London.

Betty Buckley made her film debut in 1976. She starred in the popular horror film Carrie, based on the novel by Stephen King. She played the gym teacher, Miss Collins. More than a decade later, she repeated her role in the stage adaptation of the film.

In 1978, Buckley got a part in the television show Eight is Enough. It depicted the life of a family with eight children. After the actress who played the mother unexpectedly died in the first season, Buckley took the role of the stepmother. It went on to become the best-known work of her career. The show lasted until 1981.

Betty Buckley continued to star in numerous stage, television, and film productions throughout the years. She acted in films such as Another Woman, Frantic, Rain Without Thunder, Simply Irresistible, The Happening, and others. She had many appearances on popular televisions shows, such as Law and Order, Monk, Pretty Little Liars, and Oz. She took the stage in plays like Cats, Sunset Boulevard, Arsenic and Old Lace, Dear World, and many others.

Apart from acting, Buckley has also been involved with music. She has released many albums, such as Quintessence, Hope, 1967, Ghostlight, and others. They contain songs she has performed in musicals, as well as original recordings.

Betty Buckley has taught singing and acting for over forty years. She has held classes in New York City, Los Angeles, Fort Worth, and other cities around the United States.

Betty Buckley has received and been nominated for many awards for her skills. In 1983, she was given a Tony Award for Best Actress in a Musical for her role in Cats. In 1998, she got her second Tony nomination for Triumph of Love. The song she sang in the film Tender Mercies got an Oscar nomination. She was also nominated for two Daytime Emmys, for her part in an NBC Special Treat and an ABC Afterschool Special. She was nominated for two Grammys, for Best Spoken Word Album and Best Traditional Pop Vocal Album.

Buckley was inducted into the Texas Film Hall of Fame and the American Theater Hall of Fame.

From 1972 to 1979, Buckley was married to a man named Peter Flood. She has no children. She lives on a ranch in Texas. She often participates in horse competitions.