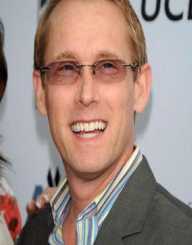 Bart Conner is one of Americas most coveted Olympic gymnasts who was always a delight to watch. Born on March 28, 1958, his skills, flexibility and high sense of tactics won his medal at all levels of competitions. At the 1984 Summer Olympic Game, Conner was a member of the American men’sgymnastic team and won told golds in that competition. After retiring from sports, he has established the Bart Conner Gymnastics Academy, Norman, Oklahoma which he runs with his wife now. Conner’s wife, Nadia Comaneci is also a Romanian Olympic medalist. Both are involved in The Special Olympics.

Bart Conner was born in Chicago but spent most of his early years in Morton Grove, Illinois. Unlike many who exhibit their talents at a tender age, Conner involved himself in gymnastics during his school days and also at his local chapter of the Young Men Christian Association. During his education at the Niles West High School, he combined the sport and academics and was part of the school’s gymnastics team and graduated in 1976.

As a member of the school team,  he won the U.S Junior National Championship in 1972 at age 14. In 1975 he won the U.S Gymnastic Federation All-Around championship and also a Gold medal at the 1975 Pan American Games.

One year on, he became the youngest member of the Olympic team for the 1976 Summer Olympics. He furthered his education at the University of Oklahoma. While there he became part of the gymnastics team and was trained by coach Paul Ziert. Bart Conner took part in several events and was part of the All-American team, which eventually earned him the Nissan Award for America’s best gymnast in 1981. He graduated from the University of Oklahoma in 1984.

Bart Conner gymnastic career started in school and since then never looked back. He had an impressive young career, and that continued later on in his career. He had previously stayed out of the 1980 Summer Olympics due to the 1989 S ummer Olympic boycott. However, Bart Conner bounced back impressively to win two Gold medals at the 1984 Summer Olympic Games for the Team All-Around and also at the Men’s parallel bars. His gold medal on the parallel bars was the first since 80 years for the US men’s Olympic team. During the event, he displayed the move which was later called Conner Spin for the first time. Conner’s impressive gymnastic career won him medals at all the levels of international and national events.

Bart Conner  is married to Romanian, Nadia Comaneci on April 27, 1996, after four years of dating. The couple first met in 1976 at the American Cup. Both also participated in their respective countries at the 1976 Summer Olympics. The couple has a son, Dylan Paul Conner born on June 3, 2006.