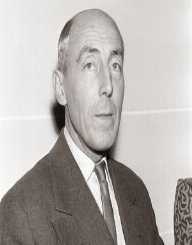 Leon Stukelj was born on 12th November 1898, in Novo Mesto, Austria-Hungary (present-day Slovenia). He studied law at school and graduated in 1927.

Whilst doing his studies, over the years, Stukelj was also an active member of the Slovenian Sokol athletic movement. It was an organization for all ages to enjoy athletics.

Leon Stukelj competed in his first major competition for gymnastics at the World Championships in 1922.

His first Olympic Games competition was 1924 in France. He represented Yugoslavia, and won gold in both the all-around and horizontal bar events.

He retired in 1936, a much celebrated sports hero in his home country.

After retiring from competitive sport, he returned to his legal career, and became a judge. His judicial career began in Novo Mesto, then Lenart, and finally Maribor, which is where he spent his final years.

When the Communist regime took over Yugoslavia after World War II, Leon Stukelj was imprisoned due to his opposition of the regime. He was eventually released, but he was permanently banned from the judiciary and could no longer seek work as a judge. The best he could do was to become a legal assistant.

1997: Inducted into the International Gymnastics Hall of Fame

2011: Inducted into the Slovenian Athletes Hall of Fame