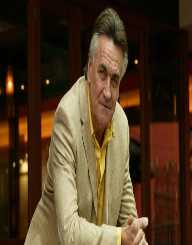 Barrie Cassidy was born on March 4th, in 1950. He is an experienced Australian political journalist. He has also been a TV and a radio host.

Born on March 4th, 1950, Barrie Cassidy rose to become a celebrated political journalist. Her place of birth was in Wangaratta in Australia. She was brought up in a city called Victoria. During his high school education, he enrolled at Rutherglen High School. Cassidy has several brothers and an older sister. Growing up, Cassidy had a passion for playing football as his favorite sport.

Barrie Cassidy’s career took off at first as a journalist trainee in 1969. First, he worked with Border Morning Mail and later went to Shepparton News. After about a year, he obtained another job as a court reporter. The paper hiring him was called Melbourne Herald. Soon, Barrie Cassidy joined Australian Broadcasting Corporation – ABC. During his first few years, he covered politics in the paper. In 1979, he shifted to Canberra. This was a move that would allow him to offer his correspondence services to ABC’s radio and TV.

Things turned bright for his journalism career as he was approached by Bob Hawke, the prime minister during that time. He was offered a job as the prime minister’s personal secretary. After that, he migrated again to Washington. This time round he was The Australian’s correspondent. At some point, he ventured into TV by hosting Meet the Press and the Last Shout. These shows were aired on Network Ten.

Subsequently, he went back to ABC. He was going to act as a replacement to Paul Lyneham in hosting The 7.30 Report. As an author, Barrie Cassidy published The Party Thieves in 2010.

With regards to same-sex marriages, Barrie Cassidy is normally a supporter of gay marriages.