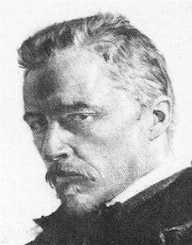 Hugo Wolf was born on March 13th, 1860 in Slovenj Gradec in Slovenia. He is famous for being one of the earliest composers. He gained his fame for his unique art songs. His primary motivation came from Romantic music- western classical music, but Wolf had a unique way of delivering his music to sound unique and original. Over the years, Wolf was highly acclaimed for the influence that he had on German art songs. Moreover, he is credited for being the individual that made art songs to receive global recognition during the late 19th century. Hugo Wolf died at the age of 42 in 1903.

Hugo Philipp Jacob Wolf was born on March 13th, in 1860. His father traded in the leather business. When Wolf was only four years old, he had begun playing the violin and piano. He took lessons from his father. He continued with music lessons even after enrolling for his early education. His interest in music brought the best of him, and there was nothing else that he was ready to learn in school. Unfortunately, this led to Wolf being expelled from school.

After being expelled, Hugo Wolf joined the Vienna Conservatory. This was a move that disappointed his father. Initially, his father did not expect his son would turn to music entirely as a source of earning his livelihood. With time, he also quit the Vienna Conservatory for extreme conservatism that the institution practiced. Around this period, some individuals that were influential to Wolf’s musical career were Richard Wagner and Johannes Brahms.

Sooner or later, Hugo Wolf found it wise to indulge in music, this time as a teacher. His quick-tempered nature would mostly affect him while offering his music lessons. However, his music talent surpassed this, and he later became a good teacher. Making a living out of being a composer was not easy for Wolf, but he managed to make ends meet, thanks to the support he gained from benefactors.

Around this time, Hugo Wolf entered into a loving relationship with Vally Franck. She was the daughter of one of the benefactors that supported Wolf. Vally inspired him to continue with his music career. His style of writing changed with time as it matured into something that many people would find as mature and entertaining.

Hugo Wolf later landed a job as a Kapellmeister in Salzburg. Sadly, his behavior and attitude did not favor him as he was not close to being successful in the position assigned to him. He did not spend much time here as he quit the job and went back to teaching music in Vienna.

During the late 1870s, Wolf contracted syphilis. The disease affected the talented musician both physically and mentally. Depression came in, and there are instances when he would go for a long time without composing. When the effects of the disease were less intense, Hugo Wolf found great inspiration which contributed to some of his famous composing. His father passed away in 1887 and this significantly affected his composing as he spent the remaining part of the year without composing anything.

The period from 1888 to 1896 marked a time when Hugo Wolf was highly productive in his music career. It also marked a time that could be classified as his maturity period. Some of the works that he composed during this period are Mörike, Eichendorff, and Goethe. All these works were classified under art music-(Lieder).

Hugo Wolf’s first relationship was with Vally Franck and the two separated after three years following the departure of Vally from the relationship. After this, he was romantically involved with his friend’s wife called Melanie Kochert. Melanie killed herself over the guilt she faced from cheating on her husband.