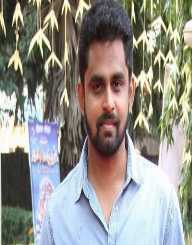 Indian film director, actor and screenwriter Balaji Mohan was born on the 25 May 1987 in Tiruchirappalli, India.

Balaji Mohan was educated at the Campion Anglo-Indian Higher Secondary School, Trichy before enrolling at the Sri Sivasubramaniya Nadar College of Engineering, Chennai.

Balaji Mohan’s career in the film industry commenced when he was an assistant director for the Tamil film Kulir 100 (2009). He then participated in Gateway to Hollywood, and his short film Treasure resulted in him becoming one of the show’s six finalists.

Balaji Mohan worked as an assistant director on Sudha K. Prasad’s film Drohi (2010). During Kalaignar’s first season of Naalaya Iyakunar, Mohan directed five films: Kodi, The Juniors, Addi Tail, Mittai Veedu and Kadhalil Sodhappuvadhu Yeppadi and won an award for consistency. The latter film became popular on Youtube. Nirav Shah viewed it, and the idea of making it into a feature film developed. Producer Sashikanth of YNot Movies decided to take up the project, playing the lead role and as co-producer. The film was bilingual, made in both Tamil and Telugu. The Telugu title was Love Failure, and both versions were released simultaneously in Tamil Nadu and Andhra Pradesh in February 2012.

In July 2015 Balaji Mohan directed Maari with Dhanush in the lead role, and this was followed up with a sequel Maari 2. A web series As I Am Suffering from Kaadhal (2015) followed. This series dealing with love and relationships has been a hit with young people.

Married his girlfriend Aruna in 2012 but the couple later divorced.