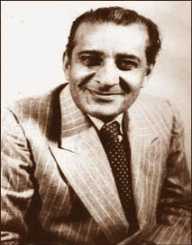 Iskander Mirza, the first President of Pakistan, was born on 13 November 1899, in Murshidabad district of erstwhile Bengal under British Indian Empire. Born as the eldest child of Fateh Ali Khan and his first wife Dilshad Begum, Iskander Mirza hailed from an elite and affluent aristocratic family. Mir Jafar, the infamous traitor Army General of Nawab Siraj-Ud-Dullah, instrumental in handing over Bengal to the British, was his paternal grandfather.

Iskander Mirza was raised in Mumbai (formerly Bombay) and attended the Elphinstone College of the University of Bombay. He later went to England and got enrolled at the Royal Military Academy in Sandhurst. He was the first Indian Graduate of the Academy and was commissioned as the second lieutenant of the British Army upon his return to India. Within a short period of one and a half year, Mirza was promoted to the position of lieutenant and was entrusted with the responsibility to command a platoon. As the second lieutenant, he was involved in the Waziristan war of 1920 and mostly spent his military career in the restive western region of India.

After the war, Iskander Mirza was transferred to the 17th Poona Horse Regiment as an Army Inspector. On August 1926, he left the job of military police and joined the Indian Political Service. On his first assignment, he was posted as an Asst. Commissioner in Aligarh in Uttar Pradesh. He was then posted as a political agent in Hazara in the North West Frontier Province. From 1928 onwards, he served different disturbed areas of the region including Dera Ismail Khan, Tonk, Bannu, and Nowshera as the political agent.

Iskander Mirza also became the political agent of the entire tribal belt of North West Frontier Province from April 1938 with Khyber as his headquarter. He was stationed there until 1945. He was then sent to the Odisha region as a political agent. On July 16, 1946, he was promoted to the position of Lieutenant-Colonel. He was further rewarded by the British Government who made him the Joint Defence Secretary of India later in that year.

As the Joint Defence Secretary of the British Indian Government, Iskander Mirza was entrusted with the responsibility of bifurcating the British Indian Army into two future sections of Indian and Pakistani Armies. During this time, he developed a close bond with Liaquat Ali Khan and other prominent political leaders of the Muslim League.

After the partition of India, Iskander Mirza served as a member of an empowered committee formed to coordinate the splitting of the British Indian Army/Navy and Air Force into two parts. He was made the Defence Secretary of the newly created independent state of Pakistan. He was responsible for overseeing the military operations in the first war with India immediately after the Independence. In 1950, he received a double promotion from the Prime Minister of Pakistan Liaquat Ali Khan. He was given the rank of Major General in the Pakistan Army. He was also made the Director of the Department of Kashmir and Afghanistan Affairs in 1951.

During his tenure as Defence Secretary, Military Police was deployed in East-Pakistan (now Bangladesh) due to the Bengali Language Movement of the local Bengali people. Military Police took control of the state within a short period after the East Pakistan Army fatally shot four students activists of the ongoing agitation. In 1954, Iskander Mirza was appointed as the Governor of East Pakistan and immediately brought the state under Governor’s rule. He ruled East Pakistan with an iron hand; imposing martial law and arresting hundreds of political activists including the likes of Sheikh Mujibur Rahman and Yusuf Ali Chowdhury.

On 23 March 1956, the first set of the constitution was promulgated. The newly formed Electoral College unanimously elected Iskander Mirza as the first President of Pakistan. According to the freshly enacted constitution, the post of President was that of a mere ceremonial head of the state, and the Prime Minister was entirely responsible for the effective administration of the country with the help of his Parliamentarians. Mirza acted against the spirit of the constitution and repeatedly interfered with the Government functioning. His unconstitutional interference in the functioning of the country's Governance saw four Prime Ministers in just two years bringing in instability in the country. The political instability was slowly destroying the economic framework of the nation. It had its effect on foreign policy as well. Unable to control the situation, Mirza suspended the constitution and imposed Martial Law in 1958 with the help of his loyal Army Chief General Ayub Khan.

However, conflicts between the President and the Army Chief escalated in the coming days. Ayub Khan did not like the high-handed nature of President Mirza. On the midnight of 26/27 October 1958, a military contingent was sent to the presidential palace by Khan, and they forcefully placed Iskander Mirza in a plane and sent him to England. He spent the rest of his life in exile in London, England until his death.

Iskander Mirza married twice. He married Rifaat Begum on November 24, 1922. The couple had four daughters and two sons. Mirza fell in love with an aristocratic Iranian woman named Naheed Amirteymour and got married to her in 1954.

On November 13, 1969, he died of a heart attack in a London Hospital. The incumbent President of Pakistan Yahya Khan refused to allow his burial in Pakistan. Finally, King of Iran brought the body in his plane from London to Tehran. He was accorded a State funeral in Tehran.