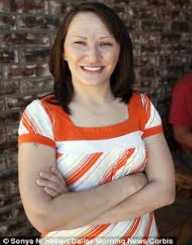 Baby Jessica was born Jessica McClure on the 26 March 1986 in Midland, Texas to Reba and Lewis McClure. She was born to young, struggling parents who divorced when she was four years old.

Baby Jessica became front-page news in October 1987. She was being cared for at her aunt’s home-based childcare centre when she had fallen down a well and became trapped in a dogleg in the shaft, 22 feet below the surface. Emergency responders dropped a microphone into the well and when they heard her voice, began drilling to rescue the little girl.

It took the rescuers 58 hours to pull the child out of the well. The rescue was covered live on television by CNN, and people watched non-stop as the network kept a live feeding running. Photographer Scott Shaw won a Pulitzer Prize for his shot of Baby Jessica being carried by a paramedic.

Baby Jessica had a number of serious injuries and required a number of operations before she was able to heal. Individuals donated money to a trust fund for the child, and at one stage it was worth 1.2 million dollars. The stock market crash of 2008 almost decimated the fund, but there was enough to buy a house which she was able to access when she turned 25 in 2011.

Baby Jessica married Daniel Morales in 2006, and the couple has two children. In 2017, Jessica McClure Morales was working as an assistant to a special education teacher at a school in Texas.