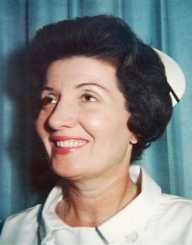 Bonnie Lu Nettles was born on August 29, 1927, in Houston, USA. She was raised in a practicing Baptist family. In 1948 she graduated as a nurse from the Hermann Hospital of Professional Nursing. She married her husband Joseph Nettles the following year. She raised her family of four children with her husband. A practicing nurse, she maintained a good matrimonial life.

In 1972 Nettles started invoking mediums to converse with the dead. She claimed to be in constant communication with a dead monk called Brother Francis. She started studying astrological and other occult phenomena. She initiated weekly meetings to invoke the spirits in prayers.

She consulted fortune tellers and mediums for guidance. They gave a vivid description of a man she would soon meet. Nettles continued consulting mediums to the detriment of her family. Nettles met the man described by the mediums in her numerous visits. The man was called Marshall Applewhite. The two became close friends due to their spiritual convictions. They resolved to start a bookshop on spiritual matters. The venture failed after a while.

In 1973 the matrimonial relationship soured. She divorced her husband. She left the children with Joseph. She became spiritually involved with Applewhite. The two had deep convictions of their divine assignment. They became oblivious of the American justice system.

In 1974, they became embroiled with the law. They got arrested by the police for failing to pay motel bills. They were acquitted of the charges. They rented a car and refused to pay or return it. Applewhite was charged with the offense and jailed for six months.

Nettles visited Applewhite in jail on several occasions. They started working on what would be the foundation of the UFO cult. The founding laws were a mixture of Christianity and extra-terrestrial elements. In their vision, they were on a mission to help humans to get to heaven. The heaven was in another level that needed a transitional journey. Nettles and Applewhite believed they were divinely authorized to lead the faithful to the next destination. They called the new religion Heaven’s Gate. Nettles became the sage and spiritual leader, while Applewhite was the prophet.

Eventually, Applewhite got out of prison. The two started recruiting followers to the new found mission. They exploited the thirst of those seeking answers to their questions through metaphysical mediums. Soon they started having followers in their midst. In 1975, they held their first public congregation in Oregon. The meeting had 25 followers. Gradually, the congregants grew in number. The two leaders began sending their followers across the country to spread the news of the spiritual formation. The followers went out in their hundreds.

They created concern within the populace and were soon under heavy scrutiny. They decided to stop their recruiting mission and concentrate on the teaching purity to the congregants. They taught the followers to uphold very platonic relationships among themselves. They were also forbidden to contact the outside world like family and friends. In the second phase, they started wearing specific attire like a standard uniform. The third phase was to avoid canal desires like sex, medicinal drugs, and even material possessions. The followers were to live like monks, worrying only about the next level in heaven.

In adherence to the teachings, the followers worked on a routine of rituals every hour of the day. They even had some of their members castrated to halt their sexual desires. Nettles and Applewhite insisted they were the two divine figures named in the book of Revelation. Nettles believed she was god the Father, and Applewhite is the Messiah. Discipline was highly encouraged. Those who deviated were punished or excommunicated.

Bonnie Lu Nettles battled with cancer for a while. She was diagnosed with cancer in 1983. In 1985 she died of cancer in Dallas of liver cancer. Applewhite confirmed her departure to the followers. He told them that Nettles was commandeering an extra-terrestrial ship to get the followers to a home in space.

Applewhite lived with the followers in Rancho Santa Fe, in California. The congregation lived in a closed solitary life. The followers started the journey to the next level heaven on March h22 1997. The cult members systematically committed suicide by drinking poison. In a span of three days, Applewhite and his 38 followers died of poisoning.

When they were discovered, the bodies were all paced in a similar fashion. They were covered in a symbolic black outfit and an over shroud of purple color. They also had the writing “Heaven’s Gate Away Team” on the left side of the shoulders. On the front pocket of the shirt, they tucked in the USD 5.

Nettles and Applewhite drove masses into a systematic belief of a puritan life that based its belief in a moribund congregation. While Nettles died of natural death, Applewhite drove the believers into wanton destruction.