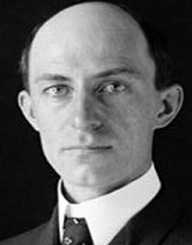 Wilbur Wright was known as an inventor and aviator who collaborated with his young brother Orville Wright to develop the first plane. They were the leading roles when it came to innovating power-driven gadgets. It was by then an unpredictable and undefined achievement that mesmerized the locals. Wilbur’s inventiveness came into place when his dearest father gave him a helicopter designed toy. It was an Alphonse Penaud design that came from a French frontier.

Orville and Wilbur deepened their knowledge and worked together on their first experiment. Their dazzling theories made them challenge one another’s intelligence.

On April 16, 1867, Wilbur Wright was born in Indiana, Near Millville, United States. His father Milton Wright was a bishop while his mother Susan Catherine was a housekeeper. Milton and Susan were blessed with seven children including Wilbur. Milton bought a bamboo and paper and made a helicopter for Wilbur and Orville. They enjoyed the personified flight to the last. To his father’s surprise, the two brothers teamed up and built a new helicopter. That is where their invention came into place.

Throughout his teenage life, Wilbur Wright excelled with high ranks in school. He also loved sports, especially football. He envied to join Yale University and graduate as a teacher. He loved to read and write. Unfortunately, Wilbur’s ambitions were cut short after he was injured while playing ice hockey. His lost his dreams of going to school and opted to stay at home and care for his sick mother.

In 1889 Orville and Wilbur commenced their career with a printing business. Wilbur worked as an editor while Orville as a publisher. Afterward, they introduced a weekly newspaper titled ‘West Side News.' Without external help, the brothers managed to design and print the paper. They later went back to their routine work as the newspaper business didn’t bear any fruitful results. In 1892 Wright brothers opened a sales shop and a cycle repair.

Wilbur Wright and his brother envied to know the field of aeronautics. They began to study different mechanical theories as they embarked on other legends' works such as Leonardo da Vinci and Sir George Cayley. From 1900 to 1902 they tried to design three gliders. Wright made the first plane that was used to carry a loaded person. The third plane had an installed rudder that sustained an ample balance to the user. In 1903 they invented their first powered aircraft.

An extraordinary scene happened when Wright flew his very first plane for 59 seconds and 852 feet distance. Unknowingly the Wright brother’s effort bore fruit. It became hard for the fellow flight experts and press to believe their claims. Therefore, Wilbur opted to go to Europe in 1908 where he dreamt that he would come to market his idea and sell airplanes. The tricky part came when it became difficult to convince others that he invented his plane.

Wilbur Wright's brother and sister joined him in Europe when Wright opted to volunteer his place by giving free flights. In a short time, The Wrights reached their market target and managed to host some states and Royals. They began to sell their planes across Europe. They turned out to be the wealthiest businessmen of the 20th century. Until today they are considered as the ‘main fathers of modern aviation.' Wilbur took the president's title in his own company while other executives worked under his instructions.

Unfortunately, Wilbur Wright fell sick while on a trip to Boston in 1912. He was later diagnosed with typhoid fever and then died on May 30, 1012, in Dayton, Ohio. Milton remembered his son as an enthusiastic and strong-willed person. It’s unfortunate that there is no visible work on him to relate his historic invention.