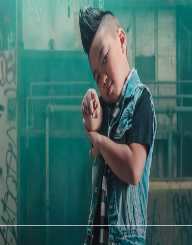 Aidan prince was born on May 10, 2006, in Riverside, California. The young dancer, also known by the name of BAHBOY found his passion for dance at an early age and since has become world famous. Aidan’s both uncles were dancers, and he often watched them dance since he was a toddler. When Aidan was 1,5 years old, he did his first headstand. At that age, he started to imitate their dance moves. His mother noticed the boys interest in dancing and enrolled him in dance classes when he was only four years old. The boy had a talent for dancing, and he quickly learned not only break dancing and hip-hop, but also learned Jazz, tap dancing, and contemporary dance.

When he was eight years old, Aidan had mastered all of the previously mentioned dance styles and was still the youngest dancer in his class. He was able to learn dance moves quickly and was continuously interested in learning new things. He was trained by top choreographers, such as David Moore and Matt Steffanina. Aidan received world recognition after one of his choreographers Tricia Miranda uploaded his dancing video on YouTube and the video went viral. Just in a couple of weeks, young Aidan’s dance video gained over million views.

Aidan prince is currently only ten years old, but his dancing style and skills reflect the experience of many years at a level that many people can’t even reach with working a long time. His pleasant character also accompanies his talent. Aidan is a hard-working an honest performer and grabs attention with his cuteness and sincerity. He continues to juggle school and his dance career. He has said that sometimes he is too busy to do homework because of practices. Therefore he does it in the car on the way to studio and school.

After his video went viral, Aidan quickly signed a deal with MSA Agency and the DanceOn Network. Since then he has worked with several major artists, like Missy Elliot and Pharrell, and appeared on The Ellen Show. Prince has also worked with MTV, Google, Disney, and Target. Apart from his constant dance classes, Aidan also attends acting classes.

Aidan’s mother is a stylist and his father an engineer. His parents have encouraged the young artist since his first steps into dancing. When Aidan became world famous, his father gave up his job as an engineer to help Aidan juggle schoolwork and dancing. Since the young boy loves going to school, he has no intentions leaving formal education to focus only on his dancing career.

Aidan’s mother continues to work to support the family and Aidan’s dreams. His nickname BAHBOY came from his mother. “BAH” is an acronym for “beautiful, awesome and happy”- emotions that she feels when seeing her son perform. One of his best-known performances was at Justin Bieber’s and Missy Elliot’s concert. Aidan dreams about performing with Justin Timberlake and Usher.