The ancient Celts perceived the animals around them as immensely significant creatures, and each animal totem was identified by a specific symbol. Today’s archaeologists and anthropologists have uncovered evidence showing that the Celts maintained a special balance with nature, integrated fauna and flora into their daily activities, and even chronicled the world around them in great detail.

It was always at the forefront of Celtic society that animals not only played an integral role in the circle of life, but that each animal spirit and its life path was symbolic of the struggles, joys, torments, and successes endured by mankind. The Celts enjoyed a profound symbiosis with the world around them. Because of their efforts, today’s modern society can also learn about and enjoy nature and the awe inspiring simplicity of all its wonders.


The wren animal totem, in Celtic ideology, has come to reflect the endeavor of male and female parents to come together in the rearing of their young. Both wren parents take on an active role in nurturing their offspring. This little wren spirit guide has become synonymous with duality of responsibility that is needed in the home. The Celts also looked to the wren animal spirit for lessons about life, including stepping outside of typical gender responsibilities and engaging in a previously unprecedented swapping of familial roles. 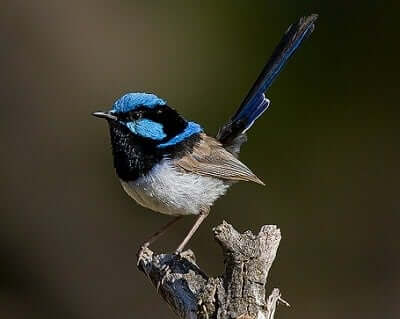 The Celts sought a life of precision, action, vigor, and progression. They painstakingly endeavored to perpetuate a cycle of effecting small but significant positive changes in their daily lives. For inspiration, the Celts looked to the wren animal totem, who was always active, meticulous, spry and industrious.


At times, it seemed, the wren was incapable of taking a break, and was almost always intently hunting, building, or attending to its young. Often, the Celts would observe the wren engaged in a considerable amount of social activity, cheerfully greeting its neighbors. The wren symbol is a reminder that man should strive for the same happy go lucky nature and to bestow kindness onto others.

To the Celts, the wren symbolic meaning was often possessed with a charisma that was to be revered. There are many symbols that have been attributed to the wren by the Celts, some of which include creative, quick, active, free spirited, friendly, determined, light-hearted, quick witted, and always willing to share.

The Celts often found themselves mesmerized by the song of the wren, which embodies a carefree nature and a contented spirit. Truth be told, the wren has elevated to heights of an animal muse, and won favor with many a musician, artist and poet. The wren animal totem has also shown itself to be quite astute in picking up and migrating elsewhere on a moment’s notice, all the while completely content to do so. The observation of the wren’s propensity to migrate has led to man’s realization that home can be anywhere, as long as there is love.

In all actuality, the wren symbolism has contributed to to a great many adages that still occupy man’s heart and mind to this day. From the wren symbol, man has learned to embrace newness in the places and faces of the world. He has learned to build lasting and significant relationships, to explore and seek out greater experience and meaning, to blur the boundaries that separate man from woman, and as always to enjoy life.